A new initiative entitled ‘Prosperity and Environment promoting sustainable development opportunities for youth in the Blue Economy sector’ was officially launched on Saturday at the Seychelles Fishing Authority training room.

Under the initiative, 21 young Seychellois will be given the opportunity to apply for a two-week placement in an organisation or company that is part of the Blue Economy.

This is the idea of the SIDS Youth Aims Hub (SYAH) supported by the British high commission in Seychelles and the Commonwealth Youth Council.

It was Vice-President Vincent Meriton, who holds the Blue Economy portfolio, who did the launching in the presence of Health and Social Affairs Minister Jean-Paul Adam who was responsible for the Blue Economy before the recent cabinet reshuffle, British high commissioner Caron Röhsler, principal secretaries, chief executive officers, other dignitaries and the youth interns.

The former Minister for Finance, Trade and the Blue Economy, Mr Adam, was one of the main drivers of the Blue economy initiative since the concept was officially launched.

During these placements, the youths will be provided with hands on experience of the work carried out in the different work places which will then analyse how best to attract more young people to these fields. Following their placements in Seychelles, 12 selected youths will be flown by Air Seychelles to Mauritius on a one-week fully-funded trip where they will get the opportunity to learn about the different aspects of the ocean-based economy there with visits to ocean conservation non-governmental organisations (NGOs). This one week will also be open to 10 Mauritian youths.

While on the internship the young people are expected to learn and share information about the different organisations using photos, short stories and or blogs through different media such as social media. Help will be provided to them. They will make a presentation on how to attract more youths to careers within the Blue economy. They will also create a portfolio with business ideas to bridge the gaps in the existing structure (entrepreneurship strand).

“As islanders we all have an affinity with the seas and are aware of the life and wealth that lie beneath the ocean and we sustain in so many ways. But are we exploiting the maximum benefits from our ocean? Most people would say not really. Are we creating the jobs of the future? Not entirely. In putting the concept of sustainability at the centre of our development efforts, we are starting to do so. And this is the relevance of our Blue economy. It is the sustainable framework within which we can synergise our efforts and our resources to make optimum use of our ocean spaces,” said VP Meriton.

Mr Meriton remarked that the vision is being put into action as today we are seeing a committed number of young people who have come forward with concrete initiatives which show that they have embraced the vision and they are coming forward with initiatives that will advance the Blue economy agenda. He added that it is pleasing to note that with the support of the British high commission and the Commonwealth Youth Council the youths have turned an idea less than a year ago into practical, implementable and mutually-supported youth programme.

And to the youths, VP Meriton had this to say: “Dear interns, you are true ocean champions. You will have the opportunity to apply for two to three weeks internship placements in organisations that are part of our Blue economy. I hope you will be inspired to learn, to acquire new knowledge and to contribute new ideas to attract many more young people to the Blue economy.”

He added that we cannot talk about Blue economy without involving the youth.

British HC Rohsler said the British high commission has decided to support the initiative because it combines three things that are important to her and to the United Kingdom’s objectives in Seychelles.

“Firstly, UK and Seychelles want to develop prosperity in our countries, creating business opportunities, livelihoods and jobs. Secondly, we want to do this in an environmentally and economically sustainable and fair way, making the most of the ocean’s resources in such a way that it does not harm and ensures the riches of the marine environment are preserved for future generations. And thirdly, we want to ensure that young people in particular are properly prepared to take advantage of the opportunities that developing the Blue economy will create in Seychelles and beyond,” she said.

Mrs Roshler told the interns that the initiative is a great opportunity for them and they must grab it. 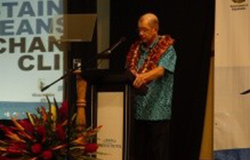 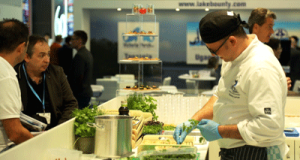 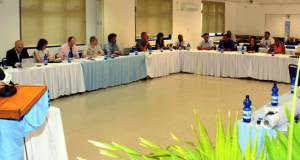