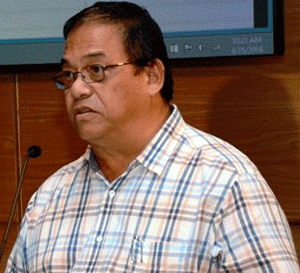 Air traffic controllers are now more familiar with the new airspace surveillance technology – Automatic Dependent surveillance-Broadcast (ADS-B) –, which, when accustomed with, will allow them to reduce the required separation distance between aircraft.

The Seychelles Civil Aviation Authority (SCAA) hosted the presentation about the new advanced surveillance technology which is expected to enhance airspace operations. It took place yesterday morning at the Eden Blue Hotel on Eden Island, in the presence of the senior staff from SCAA, representatives of local airlines and that of the Seychelles Coast Guard.

The presentation was made by AIREON, an international company working on this new concept called Automatic Dependent surveillance-Broadcast (ADS-B), upon the invitation of the SCAA.

This technology which was introduced some years ago is a cooperative surveillance technology in which an aircraft determines its position via satellite navigation and periodically broadcast it, enabling it to be tracked.

ADS-B is the latest technological leap in airspace surveillance, It uses a Trig transporter, typically combined with GPS, to transmit highly accurate information to ground controllers and also directly to other aircraft.  This technology is greater than using conventional radar surveillance and it gives air traffic controllers the potential to reduce the required separation distance between aircraft that are ADS-B equipped.

“The ADS-B is a key element in a system that will provide for 100 percent global air traffic surveillance. Such presentation will also enable us to learn more about the remote control tower concept and other development in air traffic management,” he said.

“ADS-B is a technology by which aircraft can broadcast information related to the flight, and reduce the work on pilots. It will track all the planes equipped with this equipment. ADS-B is seen as being vital to maintaining future efficient airspace management in busy airspace. It also provides advantages in remote ‘non radar’ areas. This new technology will be available in Seychelles in December, 2017,” he added.

ADS-B is seen as being vital to maintaining future efficient airspace management in busy airspace. It also provides advantages in remote ‘non radar’ areas where suitably equipped aircraft, with a traffic receiver connected to a display, can see other aircraftwithout conventional radar coverage. This enhances aircraft visibility and reduces the risk of air to air collision. ADS-B uses satelliteand transponder technology to provide the following benefits in an ADS-B environment:  more aircraft can operate safely in the same airspace; ADS-B technology enables more direct aircraft routing; it enhances flight safety and collision avoidance and among other safety measures.

ADS-B is currently being, or already has been, implemented in North America, Europe and other areas worldwide including the Asia/Pacific region.

ADS-B will make flying in Seychelles significantly safer for the aviation community by providing pilots with improved situational awareness. Pilots in an ADS-B equipped cockpit will have the ability to see, on their in-cockpit flight display, other traffic operating in the airspace and will have access to clear and detailed weather information. They will also be able to receive pertinent updates ranging from temporary flight restrictions to runway closings.

SCAA is responsible to provide air traffic services within the airspace of 2.63 million kilometres as mandated by the International Civil Aviation Organisation. Approximately 99% of that area is oceanic and hence making it impossible to install ground-based surveillance equipment such as radar to cover the extent of the area.

2016-04-26
Georges
Previous: IOT employees donate blood for a good cause
Next: Lauriers hotel on Praslin equips staff with new skills