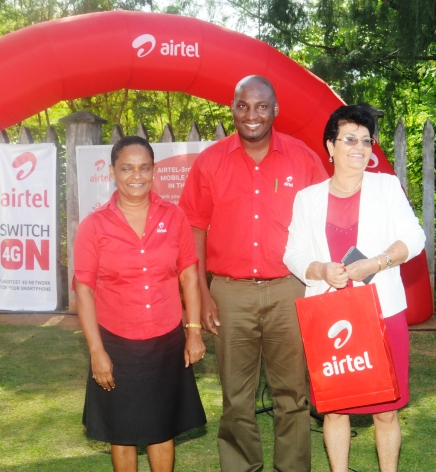 To celebrate the achievement Airtel Seychelles organised a ceremony yesterday at its headquarters at Providence which was attended by its employees, the Minister for Health Mitcy Larue as well as Miss Seychelles … Another World 2015 Line Freminot and other guests.

The data which was published by the World Cellular Information Services (WCIS) shows that Airtel now has 303 million mobile subscribers worldwide which they offer to 20 countries across south Asia and Africa.

Airtel’s managing director Amadou Dina said to be able to serve 303 million customers with world class services is what makes Airtel one of the most admirable emerging market brands.

“What is amazing is the deep transformational impact that Airtel has had in the lives of the people and society at large. From serving the needs of major corporations to the farmer, the fisherman, the construction workers, is an incredible and satisfying feeling,” Mr Dina said.

Minister Larue commented it is noticeable that [Airtel] would do well and is proud to say that seychelles is part of the 20 countries where Bharti Airtel has its network.

Minister Larue was in fact the first person to subscribe to the telecommunications company since its launch in Seychelles in 1999.

The ceremony also consisted of giving away gift bags to the distibutors and supporters of Airtel and colleagues who have played a role in supporting the company.

Two particular people who had subscribed to Airtel since the report by WCIS were also presented with gifts from Airtel during the ceremony yesterday.

Bharti Airtel is the largest mobile operator in India in terms of subscribers, largest in Africa in terms of geographical footprints and covers 1.85 billion people. 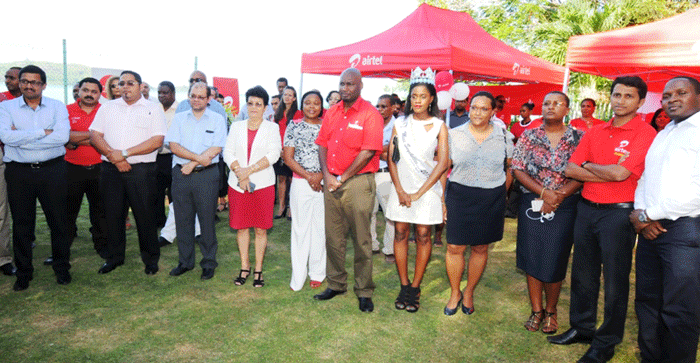 Telecommunications firm Bharti Airtel has become the third largest mobile operator in the world in terms of subscribers.

2015-07-10
Georges
Previous: Blacksmith of Seychelles
Next: People urged to be part of their district’s progress