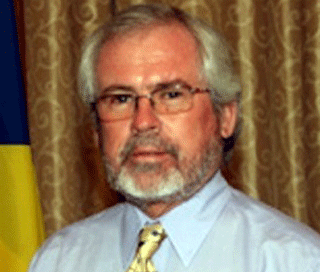 Principal secretary for foreign affairs, Ambassador Maurice Loustau-Lalanne will be heading a delegation to Seoul, Republic of Korea, for the second joint committee meeting between Korea and Seychelles to take place tomorrow.

The first joint commission between the two nations was held in March 2012 in Victoria.
Mr Kwon Hee-suk, director general of the Mideast and African Bureau of the Ministry of Foreign Affairs of Korea, will lead the delegation of the Republic of Korea.

The joint committee meeting will focus on a wide array of avenues of collaboration between the two nations notably in the fields of political cooperation, economic cooperation, social cooperation and the support the two states afford each other internationally.

“This second joint commission will allow us to take stock of the benefits of the last one held here in Seychelles and helps us promote the key interests of Seychelles and reaffirm our links with a state as important as the Republic of Korea which adds to our own development trajectory,” said Ambassador Loustau-Lalanne ahead of his visit.

Ambassador Lalanne and his delegation will also pay a courtesy call on Hong-kyun Kim, Deputy Minister for Political Affairs of the Republic of Korea.

Other members of the Seychelles delegation include Dong Chang Jeong, Seychelles Honorary Consul in Seoul, and Melanie Scharpf, second secretary of the Ministry of Foreign Affairs and Transport.