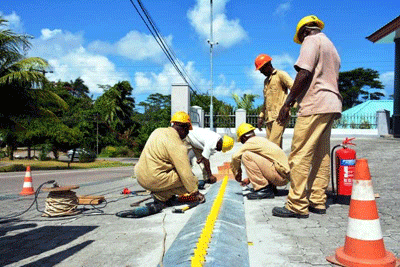 The decision has come about following complaints lodged by motorists with significantly low vehicles rubbing against the barriers as they leave the station via the exit.

The single direction barriers were introduced to control traffic flow in one direction. The decision to install the new barriers came following numerous complaints and misuse of the main entrance and exit of the service station with close to accidents and causing traffic congestion.

Prior to the installation of the barriers, consultation with all relevant agencies was conducted as well as on site test.

However, in noticing that some of the complaints are coming from users with lower vehicles, Seypec is investigating the matter and working alongside relevant agencies to ensure any future installations are safe.

Following the temporary removal of the single direction barriers and in the meantime that an alternative barrier is installed, Seypec is urging all customers using the service station to observe all safety signs and regulations and to refrain from using the ‘exit’ as an ‘entrance’.