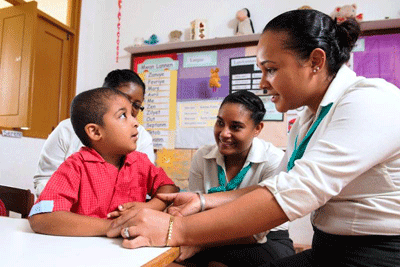 Seypec celebrating the uniqueness of every child

As Seychelles gets ready to commemorate National Day on June 29 this year, Seychelles Petroleum Company Limited (Seypec) will be joining numerous other companies and organisations at the National Show 2016 to celebrate Seychelles’ 40th Anniversary of our Independence.

As part of its National Show stall this year, Seypec will be celebrating the uniqueness of children.

In collaboration with the School for the Exceptional Child, a mini exhibition of children’s works from the school will be on display alongside various charity fund raising activities to help raise awareness on special needs and disabilities as well as to engage the public in supporting some of the schools’ projects.

Seypec adopted the School for the Exceptional Child in July 2015 to commemorate the 30th Anniversary since its creation in 1985.  Since then, as part of the Seypec family ‘Winning Team’ concept numerous projects such as the donation of educational resources, capacity building for special needs teachers, infrastructural works and improvements at the school have been undertaken.

Also joining the Seypec team this year is young Seychellois artist Isham Shakur Rath who will be using his drawing talents for a good cause. Members of public interested in having their very own cartoon sketch drawn by Isham, for a small fee, be sure make a little time to drop by the Seypec stall during the four-day National show.

Other interesting activities include face painting for children, photo wall display as part of the Seypec ‘Celebrating Uniqueness of Every Child’ social media campaign, tokens and memorabilia to be won and no doubt a chance to view the amazing creations of the School of Exceptional Child works on display. All proceeds will go towards the School of the Exceptional Child.

Aside from the CSR project the Seypec National Show stall will also feature the new Commercial Item for viewing as well as an information desk for Seypec maritime career programmes for potential candidates.

See you all there!