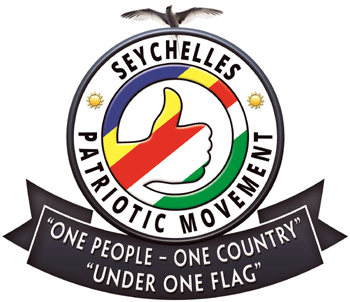 A new political movement going by the name Seychelles Patriotic Movement (SPM) has applied for registration with the Electoral Commission.

The SPM is led by Regis Francourt, with Vincent Larue as secretary general and Jerry Rath treasurer.

According to the founders of the movement, its aim is to develop into a “formidable, united and determined independent political force for the future, capable of bridging the political divide (that exists today in the country) and engendering the political and socio economic transformation needed to create a conducive national atmosphere which is not based on historical grudges and personal mistrust”.

A communique from the party says the SPM shall be an “inclusive, moderate and tolerant political movement of a national character subscribing to a Democratic Social Liberal philosophy”.

Membership of the SPM shall be open to all free thinking Seychellois citizens of voting age and of a positive mindset, both inside and outside of the country.

“We value all our people and we believe in harnessing all the skills that collectively could make this country great,” says the communiqué.

The SPM has congratulated its founding members and grass root supporters for their “tireless efforts in forming the Seychelles Patriotic Movement, thus forging our shared vision for the peaceful evolvement of democratic political life in Seychelles”.

“We appeal to all independent minded Seychellois who do not subscribe to the political agendas of hatred, corruption, mistrust and vengeance, to join the forward thinking Seychelles Patriotic Movement (SPM) on this journey of engendering a transparent, prosperous, stable and better Seychelles borne out of a desire to move forward and not be handicapped by our past,” adds the communiqué.

“We believe in: ‘One Country, One People under one flag and a National Assembly Working for the Benefit of our People’. We bear no grudges and have no hatred towards no one,” concludes the communiqué.

The party’s e-mail address is: spm.freethinkers@gmail.com