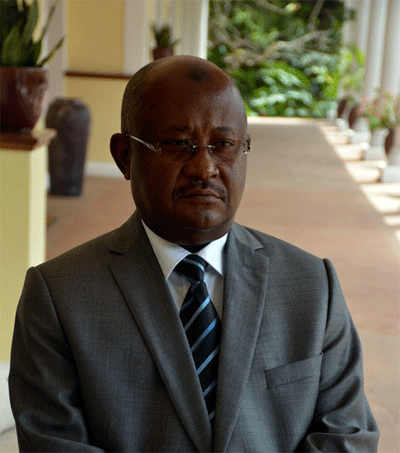 Hamada Madi Boléro, 51, is the second Comorian to occupy the post of Secretary General of the IOC. (Jude Morel, Seychelles News Agency)

The newly appointed Secretary General of the Indian Ocean Commission (IOC) said Thursday that security will be his priority during his four-year mandate.

Hamada Madi Boléro made the statement after meeting with Seychelles’ President James Michel at State House in Victoria, the country’s capital.

“My mandate is going to be about security: food security, security of the persons and their assets, fighting against terrorism, drug trafficking, piracy as well as sanitary safety,” said Boléro.

The new Secretary General said once there is security in all its forms, the member states will then be able to talk about developing the region.

The Indian Ocean Commission, created in 1982, is an intergovernmental organisation made up of Reunion, a French department, the Comoros, Mauritius, Madagascar and Seychelles. The headquarters is located in Mauritius.

Coming from the Comoros, an archipelago in the Indian Ocean, Boléro took over the post of Secretary General from Mauritian Jean Claude de l’Estrac in mid-July.

Boléro, 51, is the second Comorian to occupy the post of Secretary General of the IOC.

Before coming to Seychelles, a group of 115 islands in the western Indian Ocean,  Boléro had visited the Comoros and Madagascar. 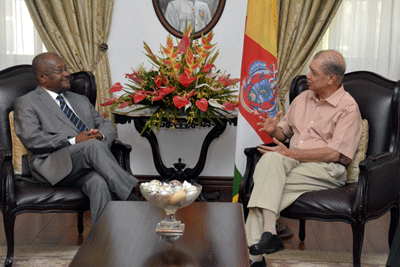 Apart from his discussion with the Seychelles’ head of state, Boléro also sought the country’s support for his plan to turn the Indian Ocean Commission — presently a technical committee — into a fully-fledged regional organisation.

“Once this is done we will be able to think big. We will have one voice to defend our interests in other bigger regional organisations, as well as at the international level,” Bolero said.

The commission will hold a summit where foreign ministers will discuss and adopt the recommendation to take the organisation to the next level. This will be done on the sideline of the Francophonie summit, scheduled for November in Antananarivo, Madagascar.

Bolero said that the IOC has been invited to observe the upcoming parliamentary elections in Seychelles from September 8-10.