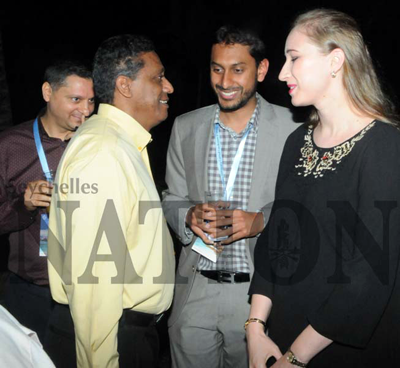 President Danny Faure on Monday evening hosted a cocktail reception at the Savoy Resort & Spa at Beau Vallon for the country’s honorary consuls who are here for their annual meeting.

Present during the special event were the chief justice of the Supreme Court Mathilda Twomey, ambassadors, high commissioners, members of the National Assembly, consuls general, honorary consuls, members of the diplomatic corps, key government officials among other distinguished guests.

Seychelles’ consul to Tanzania, Maryvonne Pool, said after meeting the President earlier: “We (the consuls) are very excited for the new changes taking place and after discussing the four different subjects in the conference I find them very interesting and exciting.”

She said the deliberations included government’s plans for next year, environmental subjects for renewable energy solutions and battle against human trafficking.

“We agreed to support the government in term of tackling human trafficking as it is something which touches us all, and we support this especially since the African region is very vulnerable to this issue,” she said. 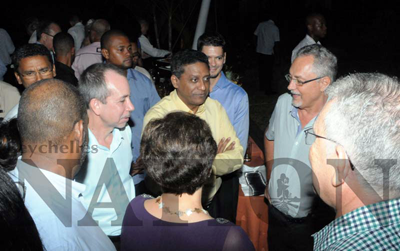 “We always support further development for Seychelles in our capacity as consuls,” she said.

Mr Amiruzzaman, who has been Seychelles’ consul to Bangladesh since 2011, said the swearing in of the new President was very pragmatic for the new Seychelles.

“I know that the President has a new plan for pro-active diplomacy and from this conference we already gathered knowledge about the Seychelles development,” he said.