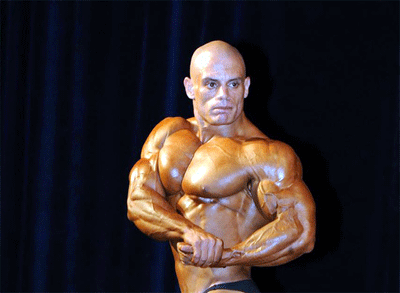 Seychellois bodybuilder Ziad Mekdachi has won a bronze medal at the inaugural Arnold Classic Africa Amateur competition in South Africa at the weekend.

In a post on his Facebook page on Saturday, Mekdachi said he was dedicating his achievement to all those who believed in him.

“Dear Seychelles, I promised to raise your flag again and I did it among the best of the best again. I give you my precious bronze medal that I have managed to take it out of the mouths of many hungry lions just like a lion,” wrote Mekdachi, who competed in the 95kg middle heavyweight category.

Responding to SNA through a Facebook chat late Monday, Mekdachi said the South Africa competition as very tough adding that he feels proud that his hard work has paid off.

“It was probably the highest level one I took part in,” said Mekdachi.

The bronze medal is an improvement on Mekdachi’s performance in last year’s Arnold Classic tournament. In 2015, he came out ninth in his category at the fifth Arnold Classic Europe Amateur competition, held in Madrid, Spain.

Professional body-builder and popular actor Arnold Schwarzenegger was the guest of honour at the Johannesburg competition at the weekend, which also featured other fitness events for both men and women.

Seychelles was represented by two bodybuilders at the event.  Andy Anthony competed in the 75kg welterweight category.

The two bodybuilders received assistance in the form of sponsorship from the National Sports Council and the Seychelles Bodybuilding Federation, SBBF, which helped them to complete their formalities for the competition.

SBBF’s Chairman Regis Delorie told SNA that Mekdachi’s performance is ‘very good’ considering he was competing in a category with tough opponents from Egypt and South Africa.

Mekdachi and Anthony are expected back in Seychelles on Thursday.

Mekdachi says he will resume training on Friday for upcoming competitions.

“Focus and determination — to defend my tittle of Mr Seychelles and then to win the Eric Favre grand prix in November and make this tittle stay in Seychelles,” he told SNA.