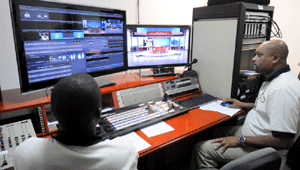 The musical programme VIBES aired monthly by the Seychelles Broadcasting Corporation (SBC) television seems to be the preferred programme among young people while the National Assembly deliberations came out as the least preferred one.

According to a media survey carried out last year, 4,145 respondents out of a total of 5,878 said they preferred the VIBES programme while the National Assembly deliberations  emerged as the least preferred one with a total of 764 likes.

The survey, organised by the Seychelles national Youth Council (SNYC), was carried out in July and August last year with youths aged between 11-21 years old, generally from secondary schools.

The deputy chief executive of the SNYC Alvin Laurence presented the results of the survey in a short ceremony held last week at the Seychelles Institute of Teachers’ Education (Site) auditorium.

Mr Laurence said the prime objective of the survey was to identify the most preferred SBC programmes of the youths.
Other components investigated were the viewing of the SBC’s news bulletin, other possible sources of information and the apparatus the youths were using to obtain their information.

“This is part of the strategic plan of the SNYC, to research and get informed results so that we can base our decisions on them. It is very important to us because it helps in the allocation of resources when we are to mediatise our various programmes and also know at which time exactly we are to go out there to get our message across to the young people,” said Mr Laurence. 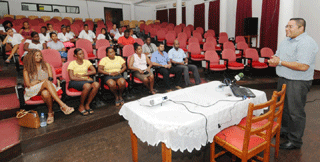 This exercise is the second one carried out by the council in terms of research. The first one was about the ‘Values for One, Values for All’ programme which was carried out earlier this month. But this one was a mini survey just to indicate whether the council was on the right track. Most youths were aware of this programme but they better understood its objectives through the written press.

One thousand five hundred and seventy (1,570) claimed to be watching the news everyday compared to 819 claiming not to watch the news at all. Sunday is the day of the week that the respondents (1,134) are most likely to miss the news, followed by Saturday with 1,016.

Thursday is the day that the majority is watching the news as only 492 considered it as a potential day of missing the news.
A majority of 58%, of the respondents watching the news agreed that their main reason was because they like to be informed. 19% claimed that they were obliged to watch it, 16 stated it was part of their routine, while the remaining 7% did not specify their answer.

The presentation was carried out during the Information Communications Technology (ICT) week and saw the presence of high officials from the department of ICT.