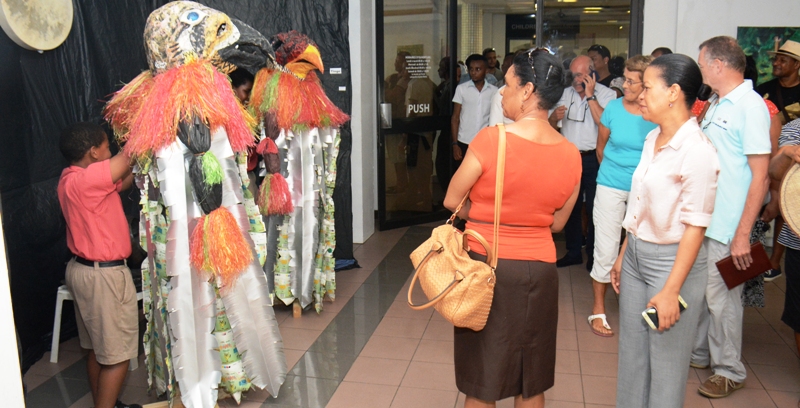 While preparing a nomination dossier for the inscription of our traditional dance moutya in the United Nations Educational, Scientific and Cultural Organisation (Unesco), many organisations such as

As part of this endeavour, Seymas in collaboration with the Visual Arts Association (Seylar) organised a special exhibition to showcase our traditional dance the moutya under the theme ‘Nou Moutya Nou Leritaz’.

The art exhibition, which will remain open for one week, was officially opened on Friday by the principal secretary for culture Benjamine Rose (who is now the new chief executive of the Seychelles Heritage Foundation following the recent Cabinet reshuffle).

The exhibition, on display at the National Art Gallery, is to promote and make people aware of such important elements in our history.

Also present at the opening were the chief executive (CEO) of the National Arts Council (NAC) Jimmy Savy, the French Ambassador to Seychelles Lionel Majesté-Larrouy, local artists among other guests.

PS Rose stated that the exhibition is to promote our traditional dance among the youths and also keep our heritage alive.

“We need to keep our traditional dance alive for our youths; such heritage must be transmitted from generation to generation and never be forgotten. Such initiative by Seymas will enhance people’s knowledge of the moutya. We are also working very hard so that it can be recognised by Unesco,” she said.

The chairman of Seylar Danny Sopha added that the moutya can be represented in many ways and has evolved since the past years.

“We need to keep faith that one day our traditional dance will be recognised around the world. Even though such dance has been modernised, we have so many musicians, painters, among others who are trying to revive it, through painting and music.  Also in many tourism establishments, many tourists can  discover our dance,” he said.

Many artists such as Marc Luc, James Agricole, Colbert Nourrice and George Boniface took part in the exhibition, which will remain open for one week. 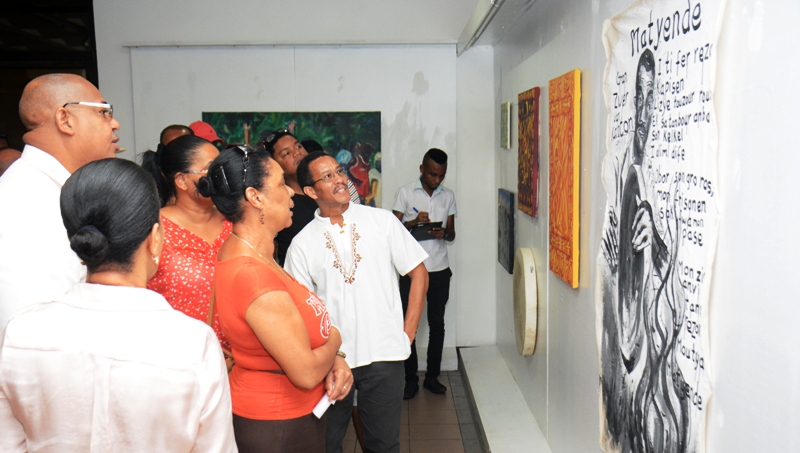 Guests at the opening ceremony were also entertained by a poem from Raspyek and a traditional dance by the Beau Vallon Secondary School.

2017-07-13
Georges
Previous: Launch of ‘Inspire to Aspire’ programme – Basketball pros add gloss to event
Next: Students from the School of Music of the National Conservatoire of Performing Art sits for Exams.