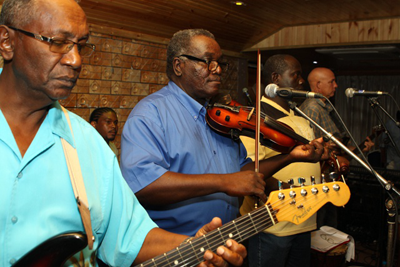 Music and dance have always played a prominent role in the Seychelles’ culture and in all types of local festivities.

After the abolition of slavery and the shift in power from the French to the British, the musical instruments became more common with the new dance forms that appeared in Seychelles. Many traditional bands were formed with the birth of ‘kanmtole’ and ‘kontredans’ — traditional dances of European origin.

According to member of group ‘Leve Tradisyon,’ Brian Matombe, a well known musician and singer, six musical instruments were needed for a traditional band.

Matombe says this has changed today where more electronic instruments are being used and with the lack of able musicians, there are not many traditional bands in existence and not many activities organized where the bands play. 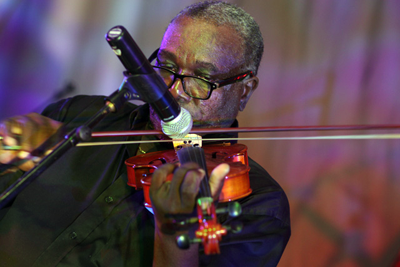 The Creole Festival which is taking place until October 31, is one of the activities where traditional bands and dance are prominent.

A wooden four-stringed instrument with a high pitch sound, the violin is used by drawing a bow across its strings. In the local traditional band it is use to lead the musical tune.

It is a four- to six-stringed instrument with a thin membrane stretched over a frame called the head. The early forms were fashioned by Africans and adapted from instruments of similar design. 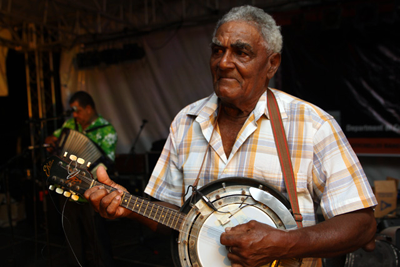 Like the violin in the Seychelles traditional music it is used to lead, in harmony with the violin.

It is also a stringed instrument which produces sounds by transmitting the vibrations of the strings to the air. In a Seychelles traditional band, it used for providing the rhythm.

This is a box-shaped instrument played by pressing the keys and expanding the instrument allowing air to flow. The performer plays the melody on the keys.

In the traditional band, this is used to accompany the other instruments. 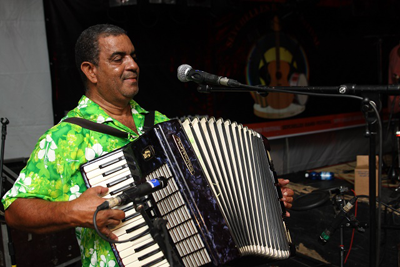 This is a percussion instrument where the player uses a drumstick to make sound. It is used to create a bass like tempo in the Seychelles traditional music.

This is a metal bent into the triangular shape and beaten with a hammer to produce sound. In a traditional band, it is played by the maestro, known as a ‘Komander’ (Commander) giving dance commands to the dancers rather than the musical direction to the rest of the band. 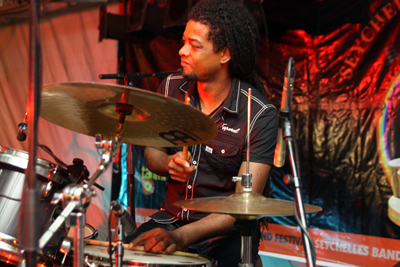 2016-10-27
Georges
Previous: No more BCG vaccine booster for 6-year-olds in Seychelles as of January
Next: President Faure hosts cocktail reception for honorary consuls