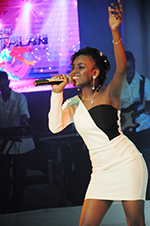 Boom! – An explosion of talents

They came out first in their respective categories in the grand final at the International Conference Centre on Saturday.

Emergency Crew dance troupe comprising Gael Guichard, Wilmette Joseph, Neryl Fanchette and Diane Hoareau captivated the audience with their energetic and well-synchronised moves. They won a cash prize of R60,000, an ipad tablet each, two nights on full board basis inclusive of flights on Desroches island and an exposure and training opportunities to be arranged later. They received their prizes from the patron of the Jj Spirit Foundation, former President James Michel. Emergency Crew also won the public vote award for dance which is a cash prize of R20,000. 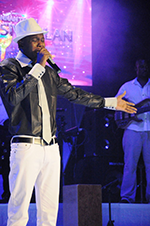 The other big winners of Sesel I Annan Talan – Eksploziv Talan in terms of prizes are Annadrey Celestine who clinched first place for poetry in the 12 to 17 years category and Praslinois Aubrey Farabeau in the 18-35 category for singing. They both won the public vote award for their respective categories, bringing their total cash prizes to R55,000 each. They also won an ipad each and exposure and training opportunities, along with other prizes.

Annadrey captured the judges’ attention with her poems Nou Talante and Kot I Ale while Aubrey Farabeau mesmerised the audience with his interpretations of Bed of Roses by Bon Jovi and Take Me To Church by Hozier. A large crowd from Praslin were present at the ICCS in support of Aubrey.

Anea Andoise won the first prize in the 12 to 17 years old category for singing. She enchanted the crowd with her interpretations of Take Me Home by Jess Glynne and Reggae by Etana. She wins R35,000, a tablet, excursion and exposure and training opportunities.

Derika Rath drove the audience to go Boom! with her poem entitled Explosive. Her other poem The Strength of A Woman was also powerful and touching. She got her first prize for poetry in the 18 to 35 years old category, winning R35,000, an ipad tablet, two nights on full board basis inclusive of flights on Desroches island and an exposure and training opportunity.

All the finalists have also won a smart phone.

It was very tough competition in all three art forms and categories as all the finalists gave the best of themselves.

The glamorous grand final was also attended by the chairperson, Lise Bastienne, board members, as well as families, friends and supporters of the finalists. 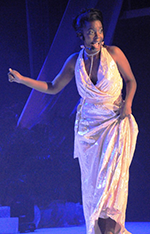 The ICCS auditorium was filled to capacity after tickets for the final were sold out just days after going on sale.

This year’s competition was part of the activities commemorating the 10th anniversary of the Jj Spirit Foundation.

Its CEO, Idith Alexander, has thanked the Seychelles Broadcasting Corporation for partnering in this project and all sponsors and collaborators for helping to make the dreams of the young Seychellois a reality.

“Too often we focus too much effort and resources on the negatives that we fail to appreciate and help nurture the positives in our youth. The Jj Spirit Foundation strives to implement programmes that are of benefit to and at the request of the youths themselves,”commented Ms Alexander.Westrive to instil in our members and those taking part in our activities the spirits of resilience, responsibility and realism. 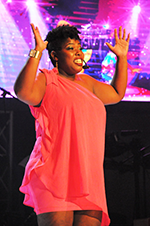 The winners will be presented with their prizes in a ceremony at the Espace Building on June 9.