Biennale de Dances in Seychelles hailed as a great success 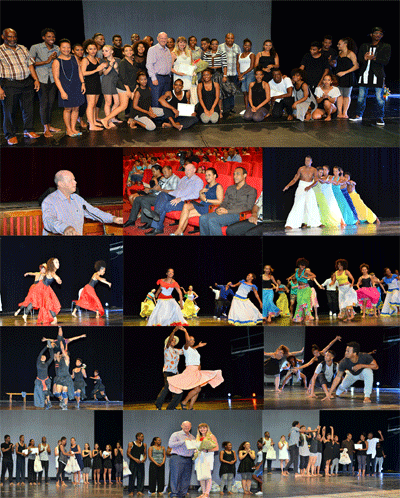 Members of the public had the chance to enjoy an array of dance performances at the International Conference Centre of Seychelles last Saturday during the finale of the eight Biennale de Dances des Seychelles.

From August 24, members of the different dance companies coming from the four countries have been learning new dance techniques from the international choreographer from the United Kingdom Charlotte Pook during two weeks. Local choreographers also took part in the dance sessions.

The dancers showed off their newly acquired skills learned from the sessions in the finale on September 5.

Organised by the National Conservatoire of Performing Arts (NCPA) with the support of the Ministry of Tourism and Culture.

Speaking at the finale of the Biennale de Dances, the Seychelles Minister for Tourism and Culture Alain St.Ange said this biennale is set to put our culture at the forefront.

Hailing this biennale as a success, Minister St.Ange thanked the Mr Pierre Joseph, the Director of the National Conservatoire of Performing Arts and his Team Members for staging this a great event.

Among those who were also enjoying the show and supporting the continued development of Culture in the islands were the Minister for Investment, Entrepreneurship Development and Business Innovation Michael Benstrong, principal secretary for culture Benjamine Rose, director general for culture Marcel Rosalie and Pierre Joseph, who heads the National Conservatoire of Performing Arts.

Certificates were later presented with members of the dance companies and a token of appreciation was given to Miss Pook and Mr Pierre Joseph.