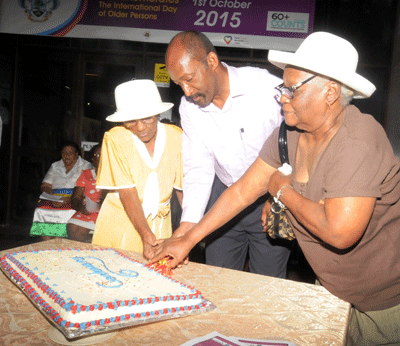 To commemorate the International Day of Older Persons a colourful and highly impressive exhibition has been organised under the theme ‘Celebrating the lives of our centenarians’.

The exhibition, being held at the National Cultural Centre, showcases about 40 photos of our centenarians that will be afterwards be transformed into a ‘Hall of Fame’ honouring the country’s oldest citizens – those who have passed away and those still alive.

The exhibition was officially launched by the Minister for Social Affairs, Community Development and Sports, Vincent Meriton on Thursday afternoon. Once launched, it will travel to the south west region, east region, north region, and by the end of November to the inner-islands. This will give members of the public the opportunity to discover the deans and centenarians of Seychelles.

“Today is a day to recognise and honour the contributions that the senior citizens have made in our lives, in our community and in our country. This day is not only for the elderly but also for those who have parents, grandparents and friends to reflect on the importance of the elderly’s contributions,” he said. 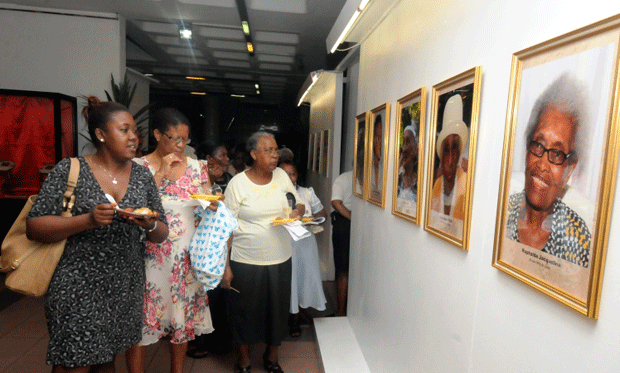 He added that the theme chosen for this year is a theme that expresses how we think and shows that we should not leave the elderly behind.

“The theme chosen for this year describes how to develop our way of thinking, how to reflect on our way of living and that we should never leave the elderly behind. The theme also shows the importance that the senior citizens play in the society. When someone reaches the age of 60 it is an age that counts; they are more mature, they have discovered the world, and they have gained knowledge and worked hard to contribute towards the society. The senior citizens are like living books, they are our history, they have the knowledge to share with us,” Minister Meriton added.

During the ceremony Minister Meriton and one of the oldest senior citizens still alive at the age of 100, Aldha Marie Philo, was present to cut the cake to mark that wonderful moment. Pholette Mathiot, the daughter of Josephine Bibi aged 104, was also present to share that moment.

The centenarian who has lived the longest in Seychelles was Aline Amelie, who passed away at the age of 109. She died three months before her 110th birthday. She was the mother of Marguerite Hoareau of Roche Bois, who is herself 106. Mrs Hoareau had a sister who lived up to 100.

Meanwhile the country lost one of its centenarians, Eva Bethew, from St Louis on Sunday September 27, 2015. Her funeral service was held this week at the Cathedral of the Immaculate Conception Victoria and her body was laid to rest at the Mont Fleuri cemetery.