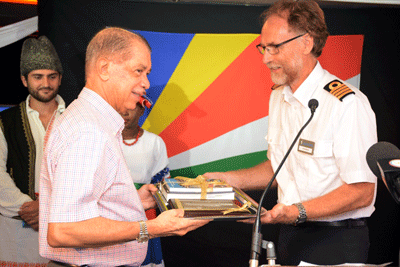 Children accompanied by their parents and many more people stormed on board the Logos Hope to enjoy the floating book fair minutes after the official opening on Saturday which was graced by the presence of President James Michel.

Captain Verdeek said Port Victoria is the first the Logos Hope (Greek translation for ‘the word’) ship visits in the southern hemisphere.

As for managing director Seelan Govender, who is from South Africa, he described the visit to Seychelles as “historic” and said the 400 crew members from across the globe (60 nationalities) are delighted to meet the people of Seychelles. 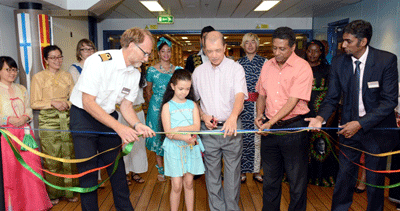 Mr Govender explained that Logos Hope is “more than just a ship”.

“It is a vision to make a positive difference in the lives of people. The boat brings people together, provides access to high quality literature,  expresses practical love to those in need, promotes peace by embracing diversity, and guides people towards a purposeful life as everyone is valued by the world,” he said. 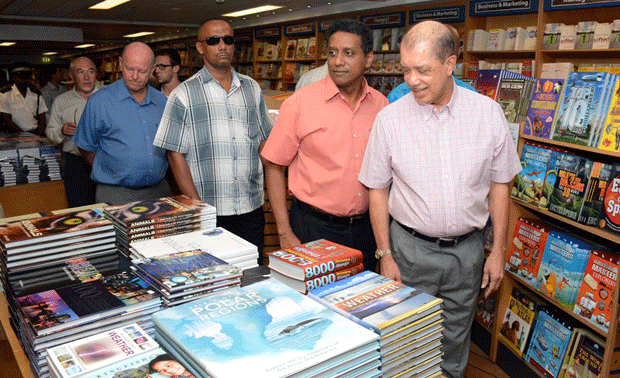 Making its first ever visit to Seychelles on the first leg of its Africa tour, the Logos Hope is opened to the public in Port Victoria until November 25, 2015.

The unique vessel offers exclusive on-board events for people of all ages, in addition to its array of quality, affordable books.

It offers an expanded selection of over 5,000 titles covering a range of subjects including science, sports, hobbies, and family life.

With children’s titles, academic texts, dictionaries, atlases and more, the book fair is something the whole family can enjoy.

The rest of the visitor experience deck is also open for the public to explore. From the welcome area, which introduces the new vessel through a short movie and interactive displays, to the international café, which has ice cream, drinks and snacks for sale, there is sure to be something for everyone. 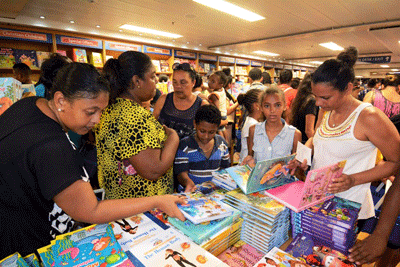 The opening hours are from 10am to 9.30pm Monday to Wednesday. Entrance fee is R5 person. Children under 12 years old have free entrance but should be accompanied by parents.
MV Logos Hope is operated by GBA Ships e.V., an international, charitable organisation registered in Germany. Since 1970, the organisation has welcomed over 45 million visitors up the gangways in over 160 countries and territories around the world.

Although there are no full-time Seychellois volunteers on the Logos Hope, some 24 Seychellois nationals are helping out during its visit to the island nation. 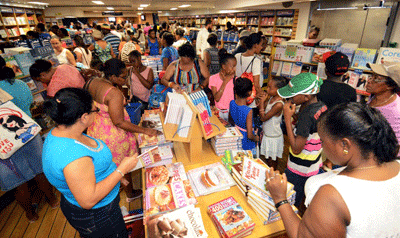 Mr Verbeek serves as relief captain of Logos Hope for short periods. Together with his wife Carla, they have been volunteering with GBA ships since 1981.

Logos Hope’s voyage to Seychelles was a six-day sail from Sri Lanka.

From Seychelles, the ship will sail to Mauritius and Madagascar before heading to countries in east, south and west Africa after which they will sail to the Caribbean.

The Africa tour is expected to last nearly a year said Mr Govender.