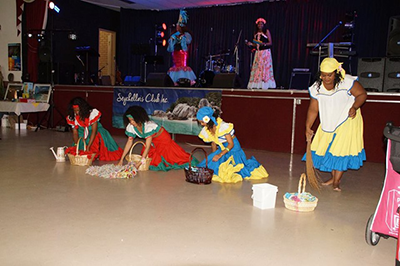 The Seychelles Creole Festival is the biggest gala in the island nation who join together to celebrate their Creole identity.(Seychellois CLUB INC/Facebook)

A month-long programme of activities has been planned for this year’s Creole festival in October.

This year’s festival will start on October 20 and it ends on October 31.

Gaelen Bresson, the chief executive of the Creative Industries and National Events Agency, CINEA, told a news conference held by the Ministry of Youth, Sports and Culture, that different activities beginning in October will build up to the festival.

“This year’s edition will include the usual activities of the festival, which celebrates our tradition through music, food, fashion shows and all forms of arts,” he said.

Popular activities such as ‘moman kreativite’ (creative moment) where students from different schools in Seychelles, an archipelago in the western Indian Ocean, showcase their talents through creative and performing arts is still on the programme.

Other activities include a fashion show dubbed ‘fon lanmal’ where models wear locally created attires, and a colloquium on the Creole language, as well as musical shows.

The Seychelles Creole Festival is the biggest gala in the island nation of 93,000 inhabitants, who join together to celebrate their Creole identity.

The Carnival Internationale de Victoria, which typically has been held in April, will now be a part of the Creole festival and will take place on October 28 under the name Laserenad Enternasyonnal Sesel, (Seychelles International Serenade). Local and international floats which have been taking part in the Carnival since its inception are expected to participate.

During the press conference, it was also announced that Domaine de Val des Pres, the craft village at Au Cap, in the east of the main island Mahe, which had closed down for some time, will be renovated and its re-opening will coincide with the Creole festival where some activities will take place.

A new national history museum to be housed at the old Supreme Court in Victoria, the capital, a new music stadium, the creation of an arbitration tribunal, promotion of sports at regional levels and more resources for heritage sites are some of the priorities announced by the Ministry of Youth, Sports and Culture.

The conference was part of the overview of the Ministry’s plans and programmes.