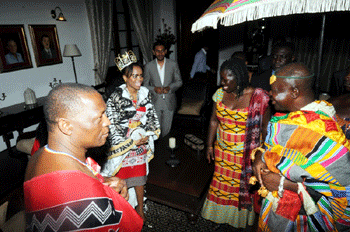 Foreign dignitaries will grace this year’s fifth Carnaval International de Victoria which will kick off at 6.30pm with the opening ceremony at Stad Popiler.

The carnival in Victoria, the country’s capital city, from April 24-26 promises to be the biggest and the best so far, with more local and international groups taking part, double coverage from international press and an entertainment the first of its kind covering the whole of Victoria.

The King of Ashanti, His Royal Highness King Otumfuo Osei Tutu II, Her Royal Highness Princess Sikhanyiso of Swaziland and the Deputy Prime Minister of Mauritius and Minister of Tourism and External Communications Xavier-Luc Duval are some of the dignitaries present for the Carnaval International de Victoria considered by many to be the carnival of carnivals.

Last night, the organisers rallied the musicians for the dress rehearsal and singers sang at full volume so that the musical balance could be heard. The organisers used the rehearsal to make some final adjustments and polish the finished product. Probably the only thing that was missing was the audience.

Tomorrow, the carnival parade will start at 3pm at Bois de Rose and will proceed from Latanier Road onto Francis Rachel Street to reach the Stad Popiler car park where those taking part will showcase their first displays to the guests. The parade will then proceed to the clock tower, down Albert Street, Palm Street and 5th June Avenue before heading to the Espace building where the parade will end with a party. 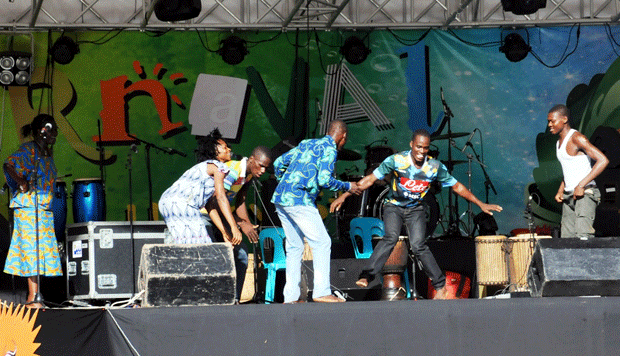 Minister St Ange said he had been liaising with the Seychelles Car Hire Association (SCHOA) chaired by Vincent Padayachy to revive the Per Kobe.

“We were thrilled when the car hire association agreed to bring back Per Kobe, one of our country’s icons. The giant land tortoise will lead this year’s carnival and will provide everyone great photo opportunities. We simply say congratulations to the car hire association and thank you for understanding that we all need to work together and not miss good opportunities if we are to succeed with our tourism industry,” Minister St Ange said.

On Sunday April 26, there will be the kiddies’ carnival starting at 1pm at the Paradis des Enfants. This will be followed by the prize-giving and closing ceremonies.