Seychelles values its relations with China and it plans to continue this relationship of collaboration and development for the betterment of the two countries’ nations and common good. 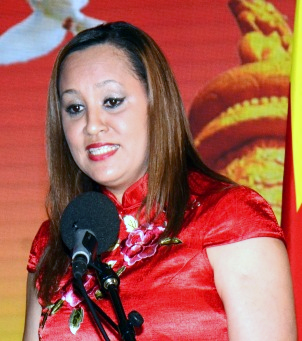 This was said by the Minister for Youth, Sports and Culture Idith Alexander while officially launching the fourth Seychelles-China Day during a ceremony on Saturday evening at the Eden Bleu conference room.

A large group of Chinese living and working here joined top officials at the opening ceremony which coincided with a reception for the newly appointed Chinese ambassador Yu Jinsong.

In her speech for the occasion, Minister Alexander highlighted the historical connections between Seychelles and China and the long history of friendship between our two societies, leading to the conception of the Seychelles-China Day which came into existence four years ago from the idea to have an event to recognise the tremendous contributions of the Chinese community to the development of Seychelles. 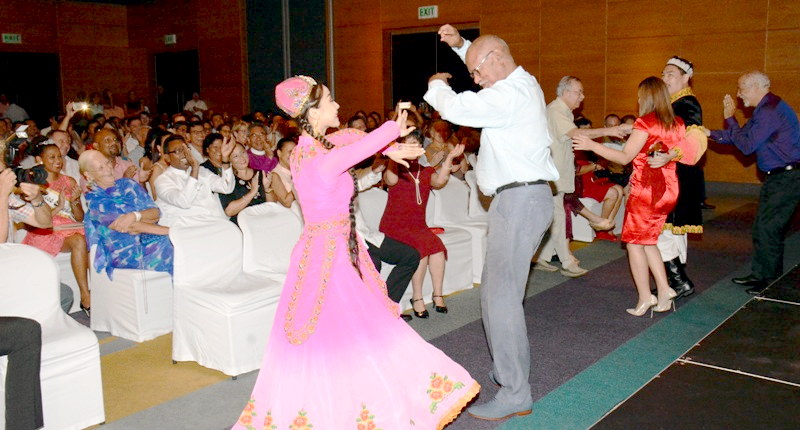 “The Seychelles-China Day has further cemented the friendship which exists between the two countries through respect, trust and mutual understanding. Seychelles-China Day also establishes a platform to reinforce the bonds which unify the local Chinese community and the other communities of our nation. It also provides an opportunity for our people, especially younger generation, to experience the Chinese culture and give prominence to Chinese traditions and values,” the minister said.

She also highlighted other plans which will further enhance our relationship and the Chinese culture such as an agreement which will be signed soon by the culture department and the Confucius Institute.

In her address, Ambassador Yu bid farewell to 2016 which she described as an important year in the history of Seychelles’ national development and the development of relations between China and Seychelles.

“There have been frequent exchanges at all levels, close cooperation in regional and international affairs and fruitful results in various fields such as education, health, tourism, culture and military between our two sides. Last year, 14,551 Chinese tourists visited Seychelles. The 16th Chinese medical team and the 7th group of Chinese volunteers arrived in September […] at the end of November, Guangzhou Garden was founded at the Seychelles National Botanical Gardens […] and soon the third phase of the China-aided Corgate residence project will begin,” she said.

The 14th Chinese ambassador to Seychelles Mrs Yu, who is looking forward to making joint efforts for a new chapter of friendly cooperation between the two countries, also expressed her hope for Seychelles’ prosperity and Seychellois happiness. 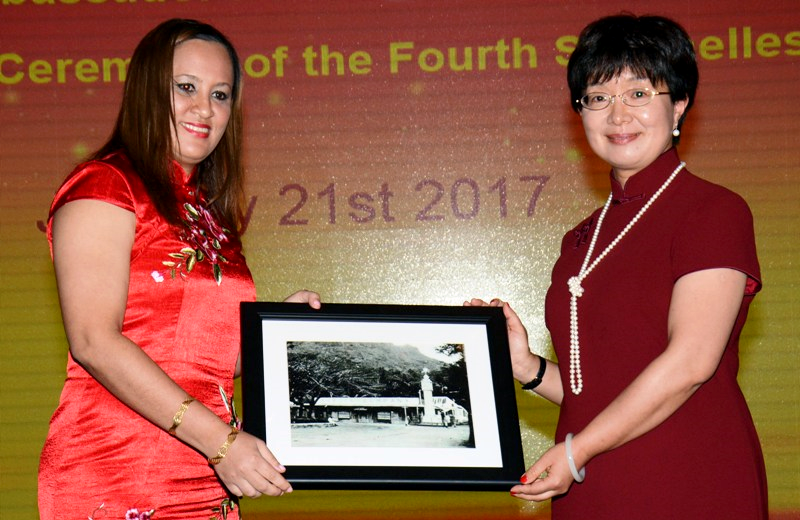 He also wished great success to the new ambassador on behalf of the Chinese community of Seychelles.

The speeches were followed by a presentation of token of appreciation by Minister Alexander to Ambassador Yu, and performances by the Xinjiang Troupe who demonstrated three energetic dances and concluded with a video on the Xinjiang province. 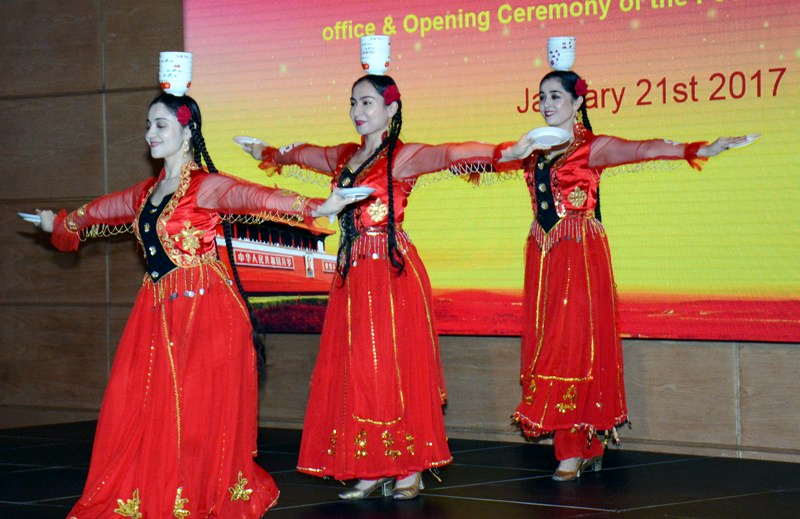 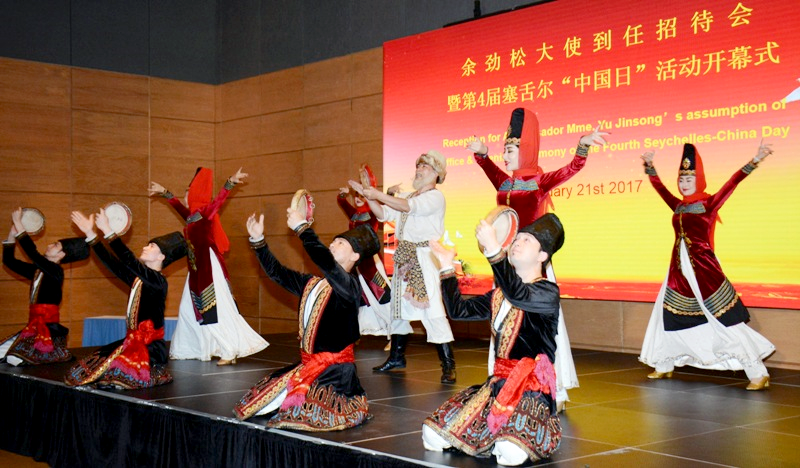