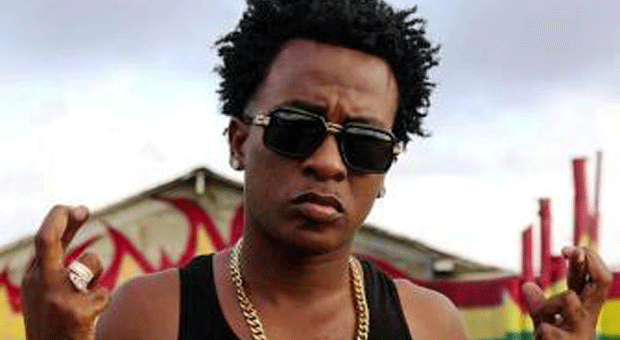 Rising Jamaican star Charly Black is set to perform in Seychelles tomorrow – Friday May 6 – at the Mini Stadium in Victoria, and on May 7 at Baie Ste Anne on Praslin.

Thirty-six-year-old Charly Black, whose real name is Desmond Mendize, will be performing in Seychelles for the first time in a gig that has been put together by local artist Elijah (Stephen Eliza) and Deba Store with the support of Trois Frères Distillery. The concerts will start at 7pm and go until 2am.

Charly Black’s charm and charisma have endeared him a loyal fan base in Seychelles and he is fast becoming one of the most widely received and passionately influential artists of his day.

Elijah said they decided to bring Charly Black to Seychelles due to the fact that he is a popular artist among the youths and the middle-aged.

“Dancehall music is really popular in Seychelles; the youths really enjoy such music. Anywhere you go in Seychelles, you can hear Charly Black’s music playing in nightclubs, parties,” he said.

Born and raised in the rural parish of Rio Bueno, Trelawny, Charly Black began his music career in the early 2000s when he joined bass Odyssey Sound System as a selector. He finally got his break towards the end of 2007 when he released his single ‘Buddy Buddy’ which won him world acclaim.  Since then he has been releasing songs which have made their mark on the dancehall charts throughout the world and these include ‘Party Animal’, ‘Whine and kotch’ and ‘She Loves Me Now’. In Seychelles, Charly Black has received a lot of air play for such popular songs.

On his Seychelles tour, Charly Black will share the stage with three other artists from Jamaica – Press Kay, Diligence and Crawba Genius. There will also be local artists such as Elijah, Mercenary, Jakim among others.

Elijah has added that Charly Black in Seychelles will truly be the show of the year, for the Seychellois people.

“This show is a chance of a lifetime to be entertained by such artist, so I invite all people to come down on Friday and Saturday to be amazed by Charly Black,” he said.

Tickets for the show are already on sale. If you buy your ticket in advance at Deba Store or Kot Do it will cost R150, while those paying at the gate will pay R200. VIP tickets are also being sold at R250.

After the show on Friday, there will be an after party at the Katiolo Discotheque with entrance costing R200.

Don’t miss this rare occasion to see such a reputed artist live in concert!

Elijah has said depending on the outcome of the show, they are planning to bring another top artist from Jamaica.

“Depending on the outcome of the show, if it’s successful, we are planning to bring Demarco in Seychelles,” he has announced.

2016-05-06
Georges
Previous: Tourism Minister leading Seychelles delegation to the INDABA Tourism Trade Fair in South Africa
Next: 6 medicinal plants to cure what ails you in Seychelles