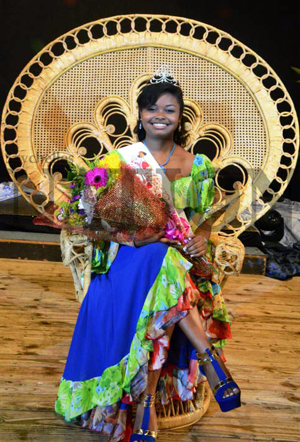 Nineteen-year-old Omegan Jean-Marie-Ciseau is the winner of the Miss Creole Des Iles International 2016.

Omegan, who is studying at the Seychelles Business Studies Academy, was crowned on Friday evening during the beauty pageant held at the International Conference Centre Seychelles (ICCS).

Speaking to the media after the crowning, Omegan said: “I was not expecting it, and I feel so moved. I am so happy and honoured that I was crowned Miss Creole,” she said.

She added that she wants to introduce in each district a cultural group.

“My project is based on bringing back our values and culture, by introducing in each district a cultural group to promote our true cultures,” she said.

Several other prizes were on offer including additional benefits for the new Miss Creole Des Iles International 2016. She will represent Seychelles in the Indian Ocean and will become the Creole ambassador of the Creole speaking islands. 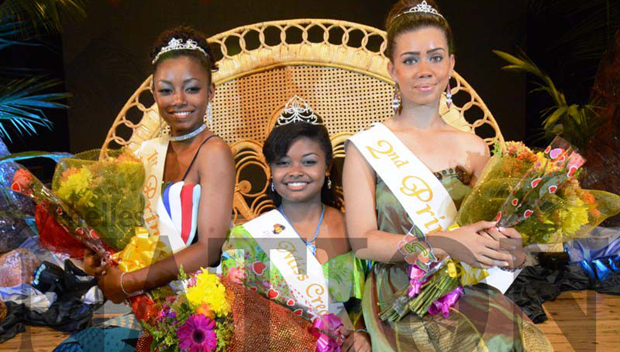 Among the ten contestants, the six who made the final line-up were Rania Bristol, Elissa Larue, Romakira Gonthier, Valentina Reginald, Omegan Jean-Marie-Ciseau and Isabelle Savy.

The contestants had to parade in beach, casual, evening wear and a dress designed by them.

During the ceremony the crowd was also entertained by famous local singers such as Angie, Sandra, Mia, Smash Kid, among others.

The ceremony was held in the presence of the Minister for Tourism and Culture Alain St Ange, principal secretary for culture Benjamine Rose, among other guests and dignitaries.

2016-10-24
Georges
Previous: Seychelles’ ambassadors urged to work for the benefit of the Seychellois people
Next: Promoting cultural tourism