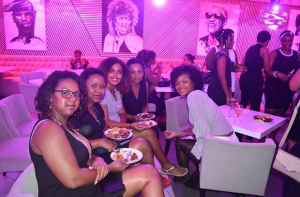 The event is being organised to commemorate the second year anniversary of the Seychelles Kinky Curls group, which is a Facebook group aimed at supporting naturalists.

With over 2000 members who embrace the natural hair texture, Seychelles Kinky Curls holds activities to promote more lively interaction between the naturalists and learn the first hand experiences which they have gone through.

The natural hair event, which also coincides with Labour Day, will start at 6.30pm and will include various presentations followed by Chinese and mixed buffet.

There will also be a live band.

Tickets are being sold at R400 at 4ever beautiful salon at Maison Ste Claire building, Julie’s Boutique shop number 10 at Deevas Arcade, Steve Elizabeth aka Bazardye (the first fruit vendor at the entrance of the Selwyn Selwyn Clark Market). Ramona Botshare, the admin of this group, also delivers them on request and by reservation.

To book your ticket to avoid any disappointment call her on 2545215.

Ramona says the first event which they organised in October 2016 under the theme ‘Fanm Natirel’ surpassed expectations.

“We want these events to get better and bigger. So this one is being held to coincide with Labour Day as some workplaces do not accept kinky hair but we believe that it can be professional,” she said.

She said the group will soon be launched as an official association and she is urging interested parties to join her in her cause to promote and defend natural hair in the workplace, at schools and in society in general.

The accompanying photos show highlights of the event ‘Fanm Natirel’ held at Carambole.