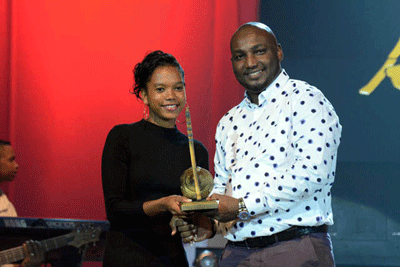 Tania Jeremie and Philip Toussaint won the honor of best female and male artist in the island nation of Seychelles for 2015 at Friday night’s Airtel Music Awards ceremony.

The awards come barely a month after they were both voted the island nation’s best artists at the Cable Tunes Music Awards in January.

The Airtel Music Award 2015 ceremony, held at the International Conference Centre in the Seychelles capital, Victoria, dazzled the audience with a colourful display of lights and lively performances by the winning artists and other Seychellois singers accompanied by the ‘Relations’ band.

Upon receiving her award, 21-year-old Jeremie thanked everyone who has supported her throughout her musical career. 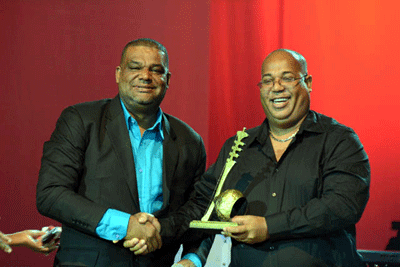 “Special thanks goes to my mother and to all of you,” said Jeremie, referring to her fans, after accepting her trophy.

Toussaint, a 52-year-old Seychellois singer and guitarist with 34 years’ of experience on the musical scene, grabbed the most trophies on Friday. On top of being named Seychelles best male artist, Toussaint was also awarded for best song of the year  – ‘Pa pour anpandan’, a popular hit featuring another Seychellois artist, Jahrimba.

Trassy Toussaint accepted her father’s accolades as he was performing on the Seychelles’ third-most populated island, La Digue, hence could not be present at the event.

Speaking to SNA in a phone interview Saturday, Toussaint said the three awards show that his work is appreciated by many people. 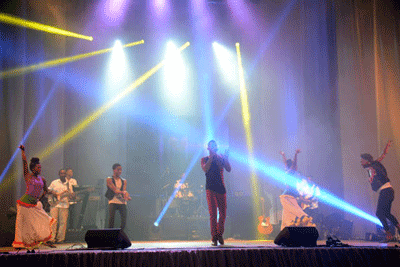 “Nowadays I release an album every two years and when I bring out a collection, I expect to bring out something that people will appreciate,” said Toussaint.

Compared to the annual Cable Tunes Awards which rewards top selling artists whose songs are used as Cable Tunes, a mobile phone service offered by Seychelles’ other telecoms provider, Cable and Wireless, the Airtel Music Awards is open to all artists.

The producer of the awards, Terry Carolla, explained to SNA that plans to have it only for musicians who 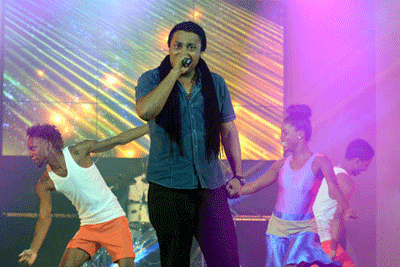 are members of the Seychelles Authors and Composers Society (SACS) – the sole body in Seychelles that collects royalties on behalf of artists — have not been enforced yet.

“For the 2015 awards, artists could either nominate themselves or be nominated by the public or a selection committee in several categories,” said Carolla, adding that a panel of judges then brought it all down to a final list from which the winners were chosen.

The People’s Choice Award won by Toussaint was the only category which the public could vote using Airtel’s messaging service.

Winners of the other categories:

An honorary award also went to Jeanne Legge, a veteran singer in her 70s from the third most populated island of la Digue.