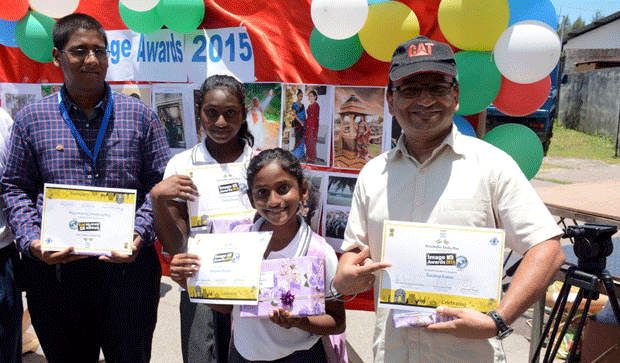 Seychelles-India Day 2015 has brought another fun and joy activity in the centre of Victoria through its Fun and Food Fair which was officially opened yesterday at the Stad Popiler car park.

The fair of Indian food, music and art enjoyed by both Indian and Seychellois communities, was another proof of how we the Seychellois people are a melting pot of cultures.

During the opening, winners of the photo competition portraying the beauty of Seychelles and India held earlier, also received their prizes. There were four winners in all and they were Antoinette Shreshti, Trish Dennis (both students from the Independent School), Ragui Krishnan Chandran Pillay and Sandeep 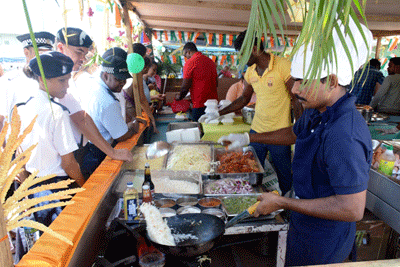 It was Designated Minister Vincent Meriton who cut the ribbons to officially launch the fair in the presence of the Minister for Tourism and Culture Alain St Ange; Indian high commissioner Sanjay Panda; the chairman of the Seychelles-India Day organising committee Ramu Pillay and members.

In his address for the occasion, Minister Meriton thanked the event’s organisers for bringing us together which he said shows the world that we are a small country but yet has so much to share with the world.

He described the food and fun as something that was both long and eagerly awaited by Seychellois because they also wanted to taste genuine Indian cuisine which he said there are many from all corners of India – north, south, east and west. 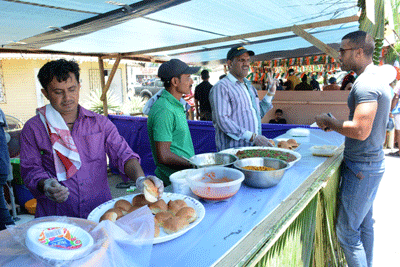 He also commended the replica of the Mysore Palace of Bangalore, India which was still being put in place and to be officially opened today as part of the activities.

“Today we mark this year’s Seychelles-India Day by the food and art fair in the heart of Victoria, Place de la Republique. It is important for us to appreciate that together we can move mountains.

There is nothing that we cannot do when we stand together,” Minister St Ange said when welcoming the Fun and Food fair in his short remark for the occasion.

He added when the event first started three years ago it was just a dream but he is a person who dreams all the time and always dream big.

“And I wanted an event. An event that marked Seychelles, our culture, in the middle of our tourism industry that interacted with our own Seychellois and our visitors together,” he said, remarking today it is very clear that we are succeeding.

The minister congratulated all those responsible for making the event happen.

As for HC Panda he said the tone for the Seychelles-India Day celebrations was set in the morning with the inauguration of the sand sculpture exhibition.

He felt that the next four days will be full of fun, music and dance which shows how much the culture and affinity between India and Seychelles are interlinked.

He added it is the ocean that is still a bridge between our two countries.

He urged everyone to enjoy the festivities.

The chairman of the Seychelles-India Day organising committee Ramu Pillay welcomed all to the celebrations and thanked everyone for their support.