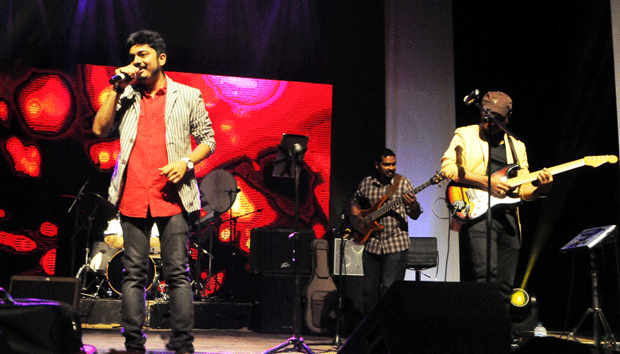 The Seychelles-India Day 2015 was officially launched last night at the International Conference Centre (ICCS) amid top class entertainment by India’s and even world renowned artists.

Guests of honour at the launch were President James Michel and Vice-President Danny Faure who were both honoured by the Seychelles-India Day organising committee. They were both decorated with symbolic scarf and given a commemorative plaque. 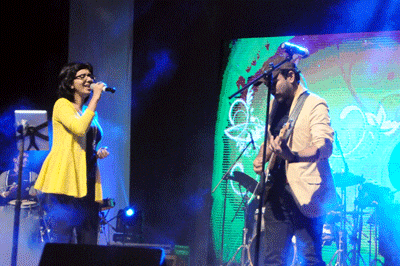 In his address for the occasion Minister St Ange commended the presence of the president at the official opening which he said demonstrates to Seychelles and to the world of culture that he (the president) cares about culture.

He also remarked that President Michel has been present at all celebrations of the five cultures that make the Seychellois people.

He expressed his pride for the realisation of his dream of having another event that commemorates one of the five branches of the Seychellois culture – the Seychelles-India Day. The others are the British 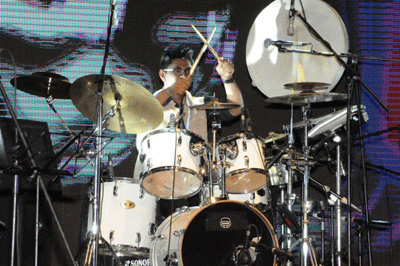 Commonwealth; the French Francophonie; the Seychelles-China Day and the FetAfrik.

Referring to a popular song meaning ‘victory’ to be performed by a famous Indian artist A. R Rahman, who is referred to as the Mozart of Madras, Minister St Ange said if there is one victory Seychelles has done is to remain focused in being the melting pot of cultures that has today become an example to the world.
The minister also had a key message for the occasion:

“While we live as this melting pot of cultures, as we live as this united group of people that makes us who we are, the Seychellois people, we must never forget one key message that we pass to the world at every trade fair, at every tourism forum – Seychelles is the safest place – We are safe 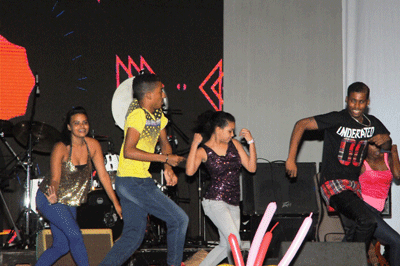 because we can live in harmony with everybody. Everybody’s at home. Everybody can feel at home and everybody’s welcome because Seychelles under the leadership of President Michel has done one thing: we remain friends of all and enemies to none.”

As for HC Panda he described the official opening of Seychelles-India Day as another magical and landmark moment during this year after remarkable and high level diplomatic movements between the two countries.

“What better way to celebrate this mutual friendship than through music and dance,” said the Indian high commissioner.

He added that what started two years ago, referring to the first Seychelles-India Day, has blossomed into a beautiful tree.

Mr Panda also paid tribute to Mahatma Ghandi whose birthday was also yesterday. This day is celebrated as the international non-violence day.

Mr Pillay, the chairman of the organising committee, said the Seychelles-India Day programme this year has been organised to make the activities more attractive. He also noted that Indians make significant contributions to the economic and social culture of Seychelles.

He described Seychelles as a melting pot of cultures and unique in many ways.

The accompanying photos taken by our photographer Louis Toussaint show highlights of the launch ceremony.