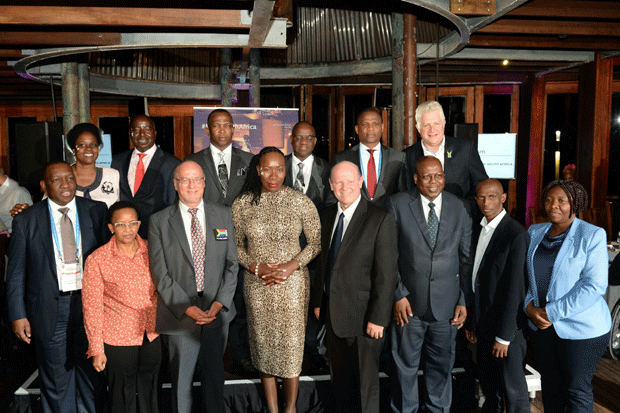 Minister Alain St.Ange, the Seychelles Minister responsible for Tourism and Culture said it was satisfied with the first opening  day of the INDABA Tourism Trade Fair of South Africa. Following a series of trade, press and bilateral meeting the Tourism Minister of the Seychelles confirmed to the press covering INDABA that he was happy.

“The official side of the working visit was good. The bilateral meetings with Tourism Minister Derek Hanekom of South Africa and Minister Michael Mabuyakhulu, the MEC for Economic Development, Tourism & Environmental Affairs amongst others were good and strengthened the positive working relationships that we have already. Meetings with the other African Tourism Ministers Hon Mabuza from the Kingdom of Swaziland, Hon Likeleli Tampana of Lesotho, Hon Anastancia Ndhlovu of Zimbabwe, and Hon Ruffin Bayambudila and Hon Guy Matondo Kingolo of The Democratic Republic of the Congo (RDC), the Minister from Angola and the other MECs from different South African provinces also opened new door of cooperation.

On the Seychelles Stand at INDABA the meetings were also good. David Germain and Lena Hoareau were assisted by the current Miss Seychelles Linne Freminot. They had a steady flow of Tour Operators and Travel Agents and answered queries concerning Air Seychelles and air access, new operators looking for DMCs and those looking for hotel updates and meetings. Erica Tirant of the Berjaya Beau Vallon Bay Hotel and Casino said that she was kept busy and was happy with her participation.

Minister St.Ange said that he also found interesting the panel session moderated by Richard Quest of CNN and saluted South Africa for standing up for the scrutiny. “South Africa Minister Hanekom and his Deputy Minister faced a barrage of targeted questions during the panel discussion. This public event showed that South Africa had reached a level of political maturity and transparency. The discussion on and Africa Brand was also interesting and when Richard Quest of CNN sought my views on the matter in the televised debate it was an opportunity for me to air that Africa needed to work with Africa and not only be subjected to the negatives of being part of the continent when their were turmoil or epidemics” the Seychelles Minister told the press.