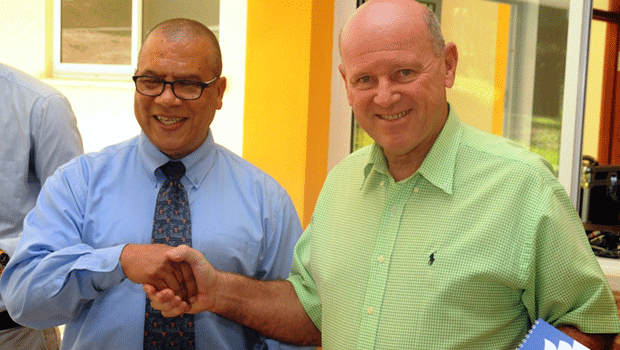 The Seychelles Tourism Academy’s strategic plan 2015-2019 was officially launched this week at the academy’s premises at La Misère by Tourism and Culture Minister Alain St Ange.

It coincided with the launch of the new STA scheme of service which, according to the academy’s principal Flavien Joubert, will ensure that the new strategic plan works.

This is the academy’s second strategic plan after the one for 2010-2015 launched in 2011 where 98% of its objectives have already been approved. The first plan, where serious work for the STA started for the first time with clear guidelines, saw the involvement of relevant chief executives, general managers of airlines, luxury hotels, travel agencies, destination management companies, the Seychelles Tourism Board and the ministry of employment. It was delivered to President James Michel when he visited the academy in 2011. 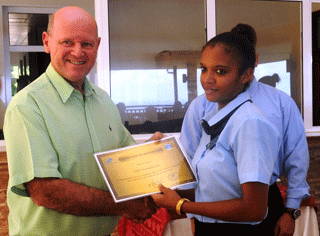 Present were the principal secretary for Tourism, Anne Lafortune, Seychelles Tourism Board chief executive Sherin Naiken, pastor Bijoux who blessed the plan, and other high officials of various stakeholders, students and staff.

“This plan sets out an ambitious agenda as it articulates the strategic initiatives the academy intends to pursue over the next five years, initiatives that remain consistent with our academy’s vision, its mission, its goals and its core values,” said Minister St Ange.

The academy’s strategic plan, he said, builds on its strengths and on its achievements, and it leverages on opportunities made available through partners in the industry.

“The document articulates a firm commitment on the part of our management and on our staff to improve products and services on offer to you our students and our clients. There is also a firm commitment to pursue ideas, and to translate them into concrete actions,” said the minister. 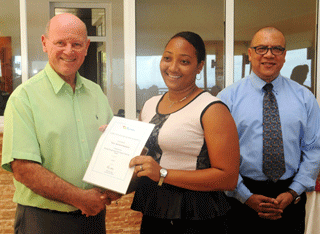 After mentioning the various achievements and innovation within the STA, Minister St Ange advised that as important as strategic planning is, its execution matters more. He added that the plan has been launched at an opportune time amidst the changes taking place in the tertiary education sector, the ongoing economic reform and the government’s commitment towards a renewed partnership with the private sector.

After going through the history of the first plan especially the work undertaken and those involved, Mr Joubert thanked all those who have worked on the 2015-2019 strategic plan which he described as a new beginning for the STA.

He said it is another critical step on the road to achieving quality in the delivery of products and services while ensuring that a partnership with the tourism and hospitality industry is sustained over the longer term.

“Together we have renewed our mission, vision and value statements, and have agreed on the strategic objectives we believe will help us deliver the national aspirations and achieve the targets set for the next five years,” he has written in the plan’s foreword.

During the ceremony, Lisette Roseline, the STA student who won second prize in the art competition ‘Living Together with the Ocean’ organised by IOC’s sub-commission of Africa, received her certificate from Minister St Ange.

Six lecturers of the academy who followed training in customer care organised by Air Seychelles also received their certificate of achievement from the minister.

2015-05-18
Georges
Previous: Cote D’Ivoire and Seychelles Ministers used the 2015 edition of the carnival in Seychelles to consolidate their working partnership
Next: Sesel Paster Lannwit gets green light