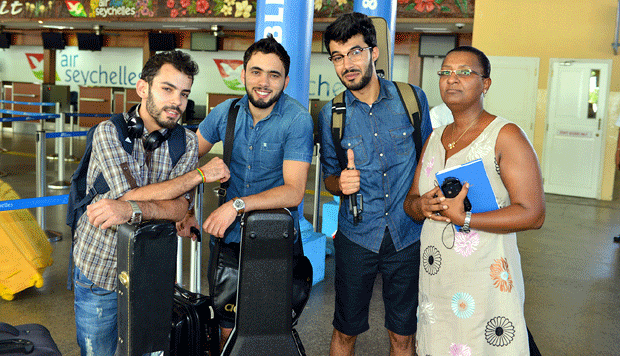 Babylone, a three-member Algerian group is in Seychelles to perform at the Miss Seychelles…. another world 2015 pageant on May 30.

Amine, Rahim and Ramzy are making their first visit to Seychelles giving their audience at the crowning night a chance to hear their hit song, ‘Zina’ which means beautiful.

The single’s popularity earned Babylone its first album, “ Brya” released in 2013. Amine said during the crowning night, the group will perform the song “ Zina”, in its original version Arabic.

Asked if the group will give Seychelles a special treat, with a French version of “Zina”, Amine said since the release of the song in 2012, “Zina” had remained in its original version.

“Even during the song performance at Zenith in Paris, we sung in Arabic. Our philosophy is to use the strong melody of our music as an art of communication to our public,” he added.

Amine who is the group’s composer and singer said Seychelles is a “discovery ground for the group” to test the success of their music.

Rahim Elhadi and Ramzy Ayadi are both guitarists and composers.