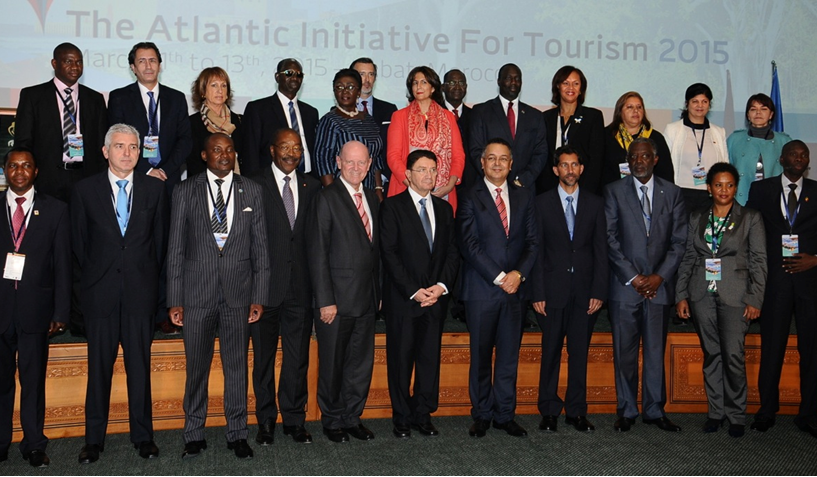 The Kingdom of Morocco and the UNWTO jointly called a tourism meeting under the banner of The Atlantic Initiative for Tourism 2015. THis innovative meeting that was chaired jointly by Minister Lahcen Haddad, the Minister of Tourism for Morocco and Mr Taleb Rifai, the Secretary General of the UNWTO (United Nations World Tourism Organisation).

Ministers of Tourism for across the Atlantic were joined by a few invited Ministers fro other regions to sit together and to discuss tourism and its related matters to ensure a new approach could be seen to help consolidate this volatile industry.

Tourism through Culture was the centre of discussions, but the burning question of connectivity and sustainable tourism development were also touched on and analysed.

The many Tourism Ministers present all expressed their appreciation to the Kingdom of Morocco for staging this even and congratulated Mr taleb Rifai of the UNWTO for being alongside Morocco in their proactive approach for the continued development of tourism.