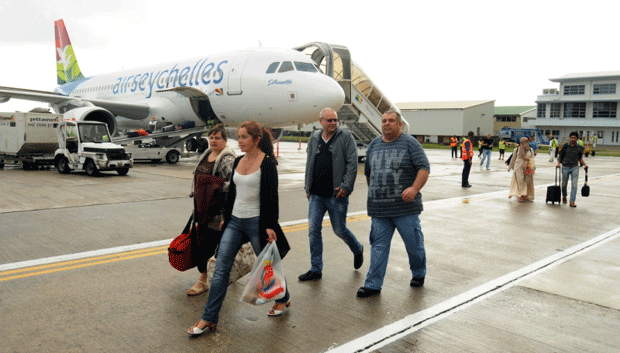 According to the National Bureau of Statistics (NBS), overall visitor arrivals from Europe increased by 11% compared to the same period in 2014.

Visitors from Africa increased by 33% in 2015 compared to the same period in 2014. An increase of 8% was recorded in the number of visitors from South Africa.

For the month of August alone, 25,393 visitors arrived here, reflecting an increase of 24% compared to August 2014.

This also included visitors in transit. The figure was 34% above the average for the same month of the last five years. And also the average length of stay of these visitors was 10.9 nights compared to 11.0 nights in August 2014.

Last year a total of 232,667 visitors came to Seychelles and judging from the increase in arrival, it is expected that the total for this year will exceed that of 2014.

2015-09-13
Georges
Previous: A Seychelles brand inspired by the sea!
Next: Investing in our uniqueness, diversity and dynamism through quality service