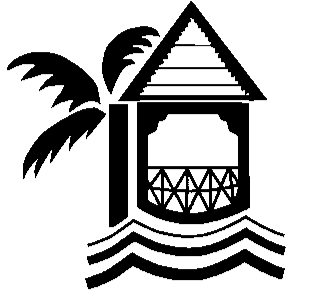 Following on from a decision during last Friday’s Cross-sectorial Tourism Task Force meeting, the Seychelles Vice-President, Mr. Danny Faure, chaired a meeting at State House on Tuesday 8th September 2015, to review and decide on actions urgently needed to iron out several problems relating to the efficient application of the Quota System for recruitment of non-Seychellois workers as well as some matters relating to issue and payment of Gainful Occupation Permits (GOP).

Accompanied by the Minister for Labour & Human Resources Development, Ms. Idith Alexander and the Minister for Home Affairs, Mr. Charles Bastienne, Vice-President Faure welcomed and thanked Mr. Freddy Karkaria, Chairman of the Seychelles Hospitality & Tourism Association (SHTA), Mr. Jean Weeling, Board Member of the SHTA, as well as Mr. Marco Francis, Chairman of the Seychelles Chamber of Commerce & Industry (SCCI) and Mr. Muditha Gunatilake, SCCI Councilor, for making time to meet with him to carve a way forward to improve the processing of the new system.

The meeting was both engaging and cordial lasted an hour and twenty-five minutes and heard views from all parties concerned – challenges faced by the hotel and tourism as well the government agencies under the ministries concerned. The points made were supported by several examples submitted from the tourism trade as well as the authorities present.

The point was made that as a result of the various difficulties experienced, the industry has had to face manning shortages due to delays in the issue of GOP approvals. The meeting thus discussed pragmatic ways to improve the effectiveness of the approval process. It was accepted that by ensuring adequate manning, stress on the local workforce will ease and the overall service experience enjoyed by tourists will be greatly improved. This will impact positively on destination reputation and lead to increased repeat clients which will consolidate and stabilise the industry.

The meeting then resolved that urgent and immediate actions were needed to alleviate the prevailing situation. The Vice-President stated that the new system “has to flow” and must be made to work efficiently and harmoniously for the benefit of all parties: the tourism trade, their staff (both Seychellois and non-Seychellois), and the people working in the government agencies, and Seychelles’ tourism industry in general.

It was decided therefore that, by 15th September 2015, all outstanding matters regarding the application of the Quota system be cleared, including the issue of Certificates of Entitlement when the conditions for issuance under the Guideline have been met. It was also stressed that the Processing Time of Applications as stipulated in the Guideline be honoured and met by the Ministry of Labour. The maximum time prescribed for Normal Applications is 9 working days whereas Applications requiring investigations are set at a maximum of 12 working days.

It was also decreed that sufficient and competent staffing levels in key divisions of the Ministry of Labour & Human Resources Development must be achieved urgently. All efforts will also be made to leverage technology to facilitate and speed up routine processes such as applications, updates, reporting and statistics.

With regards to GOP’s, this system was seen to be working smoothly and efficiently. The Minister of Home Affairs agreed to review the SHTA’s request to break GOP payments down to quarterly so as to minimize impact of cash flow on businesses, especially in the first 6 months when employees are normally on probation.

The meeting further resolved to seek to harness the various training services available within major hotel groups and the University of Seychelles to kick start continuous learning and skills development programs in the Human Resources management so as to impart additional knowledge and skills to HR personnel in both public and private sectors, and to also invite the University of Seychelles give priority to Bachelor’s degree studies in HR management. It was felt that the importance of effective strategies in human resources development across all sectors of the economy cannot be overstated and that there is a need to generate public interest in pursuing studies and careers in human resources management, training and development.

Minister Alexander has invited the trade to meet with her and her senior team in mid-October to review progress on the action points agreed. Thereafter, the group will meet every two months to ensure continuous improvement.

The SHTA wishes to thank Vice-President Faure for his initiative in setting this meeting and for the earnest decisions taken. Our thanks also go to Ministers Alexander and Bastienne for their frank yet convivial approach to the discussions.