Warrior Band: How they became the biggest band in Seychelles 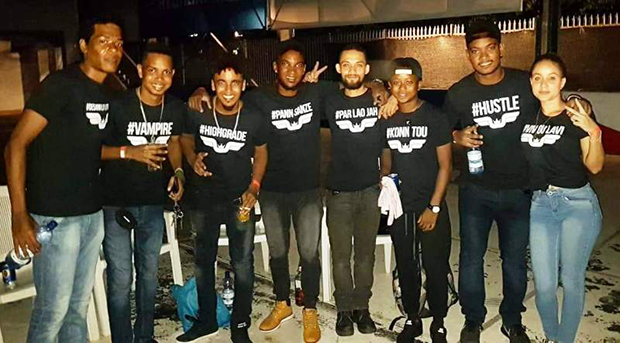 Believe it or not, the collective skill of a group is not determined solely by the skills of its individual members. There is a level of ensemble technique that really elevates a band to go beyond average and helps the group get noticed. As with all things there is no short-cut and it’s a combination of individual contributions, communication, practice, focused effort and honesty.

What does it take be become a ‘great’ band?

TheWarrior Band, one of the most talented bands in Seychelles, has successfully earned the title of ‘Success’. They have successfully represented Seychelles in various festivals abroad and locally.

They have also graced the stage with international and local artists, and even brought their style of music to Mauritius, Rodriguez Island and India.

Warrior Band was created in 2006 by Stephen ‘Elijah’ Eliza who is well-known for his reggae love songs, and at that time the band was called ‘Souljah Band’.

“We have a solid, talented band with wonderful abilities to deliver great music each time we perform at an event,” he said at the time.

Q: What genre of music do you consider your work to be, along with your major influences?

A: Every time we perform, we try to deliver a good show for all our fans.  We play different styles of music from Reggae, Dance Hall, Sega, to Seggae and others.

Q: How long have you all known each other?

A:  We all have different paths. Some of us know each other for so many years. What keeps us together is the love for music, and seeing our fans jamming to our beats.

Q: Where have you performed so far?

A: Locally we have performed in so many events ‒ at the Regatta, Cable Tune Awards and recently at the launch of Mercenary’s new album at the NSC Hall. By having a great band, we have managed to bring our music to Mauritius, India and the Rodrigues Island. 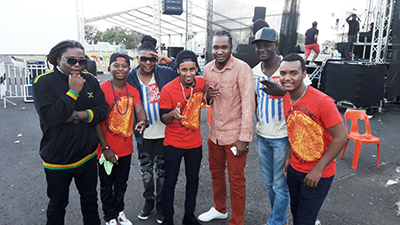 Q: How has your music evolved since you first began playing together?

A: When we started, we were all beginners and it took some time for us to learn the style of each other. Each time we perform, we learn something new, something different that enables us to develop our skills. Throughout the years, our way of playing has evolved.

Q: What has been the band’s biggest challenge?

A: To be in a band, you definitely need to be committed. You must be able to juggle your daily job with being part of a band and at the same time make a lot of sacrifices. Sometimes you have to rehearse until the sun rises to be able to deliver a good concert. We have a devoted band ready to sacrifice everything for the love of music.

Q: What advice do you have for people who want to form their own band?

A: Being in a band is really hard, but if you are devoted and willing to succeed, you can achieve everything. You also need the right connection to be a successful band.

Q: What are the biggest obstacles for local bands?

A: We all have different issues, but one thing that all the bands have in common is the lack of support.

Q: Tell us about your next shows and why we should be there?

A: Our next show will be at the Mini Stadium in Victoria for Mercenary’s live concert. Also present will be Blakkayo.

Q: Can you briefly describe the local music industry?

A: It’s not easy to be in the music industry in such a small country and it is challenging to make a decent revenue from playing music here. To be able to succeed, you need to be motivated and willing to make a lot of sacrifices to accomplish your dream.