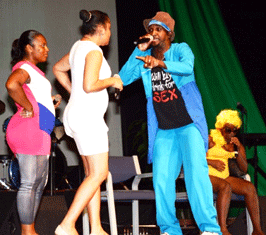 Seychellois workers have proven that other than theirs skills for the jobs and professions they have chosen, they also have musical talents and this was displayed during the workers’ talent show last Friday evening at the International Conference Centre.

Employees from different ministries, departments, agencies as well as those from the private sector turned out in force to support and cheer their counterparts who had come forward and take part in the show organised by Ministry of Labour and Human Resource Development (MLHRD) as part of the Labour Week activities.

Altogether 20 organisations took part in this year’s workers’ talent show with songs, poems, dances and sketches of their choice.

The Air Seychelles group received a standing ovation and impressed the audience with their interpretation of ‘Responsabilite dan en travay’.  Other much appreciated groups were those of the Seychelles Public Transport Corporation (SPTC), the Seychelles Police, and Avani Resort and Spa.

At the end of the evening each group received a certificate and a hamper for their efforts in contributing to make the show a success. 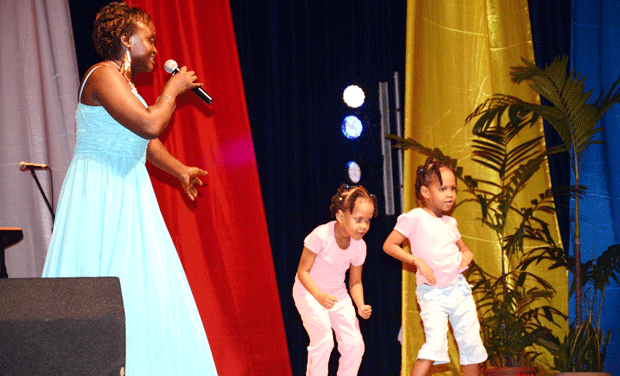 , Entrepreneurship Development and Business Innovation Marise Berlouis, and the principal secretary for health Peggy Vidot had all come to support the workers and enjoy the evening.

Director general for labour relations Jimmy Finesse said the show, an initiative of the MLHRD, was an opportunity to show the public that the country’s workforce is not only efficient in the workplace but it also has talent on stage.

“In order to reward them for their hard work and contributions to their workplaces all year round, we staged this talent show so they could reveal their other abilities and talents. The show also gave them the opportunity to be able to bond with one another as they came together to rehearse,” Mr Finesse added.

Meanwhile, the workers have promised to meet again with better performances next year.

The following photos taken by our photographer Joena Bonnelame depict the talents of some Seychellois workers who took part in the show.