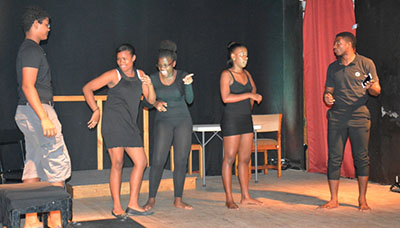 The young actors putting their stage skills into action

A group of students from the School of Drama put on a scintillating show recently to showcase what they had learned in a course on acting and performing.

Throughout the course, which lasted for 39 weeks, the students learned the art of stage acting whereby they were introduced to different techniques of acting such as the art of improvisation and devising.

Senior instructor Kurt Lagrenade said his aim was to educate the students about developing specialised stage skills and build up their social interactions. 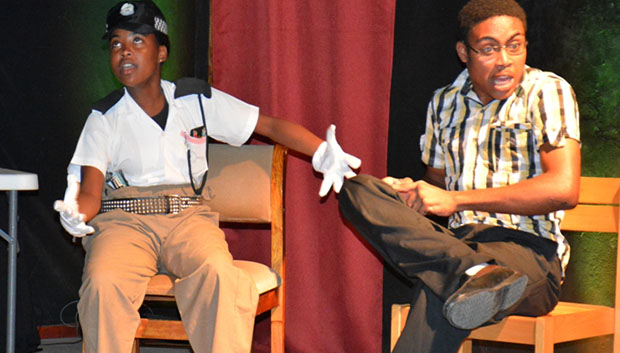 The students displayed their creativity through sketches and short plays to the attending spectators.

Even if drama projects had taken a back stage over the last few years, last Saturday’s event had an unexpected turn out.

“For an art that had been dormant for so many years, I think the show was a  great success,” Mr Lagrenade said.

All the students were rewarded with certificates for their hard work and commitment after the presentation had been done.

Young devotee from the Beau Vallon secondary school, Maryssa Samedi, was awarded the ‘Best Student Award’ for her effort.

The School of Drama has a great vision for the future which is to attract people from different age groups and introduce adult classes. The plan is to create a more advanced class for the outstanding students and bring in more support staff to help educate them.