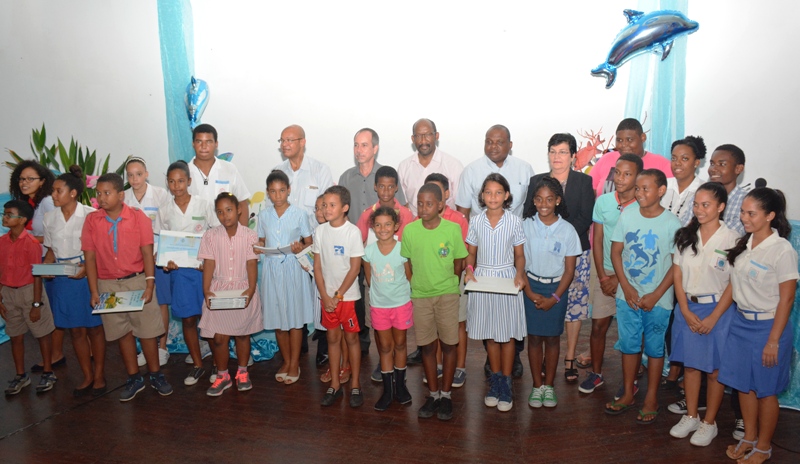 Young people who are actively taking part in programmes concerned with the Blue Economy concept were celebrated in a ceremony held at the Seychelles Institute for Teacher Education auditorium.

The event was hosted by the Blue Economy department which falls directly under the responsibility of the Vice-President’s Office, in collaboration with the Ministry of Education and Human Resource Development, the Ministry of Environment, Energy and Climate Change and the Ministry of Youth, Sports and Culture.

In attendance were Vice-President Vincent Meriton, ministers of the above mentioned ministries, representatives of organisations such as the James Michel Foundation and the SIDS Youth Aims Hub (SYAH), as well as teachers and youths.

Prizes were awarded to students who took part in the Blue Economy career profile competitions launched last year in all schools by the Ministry of Education and the Blue Economy department.

Students aged 8 to 16 answered the call to explore and investigate areas related to careers in the Blue economy sector so as to better understand the countless career opportunities which exist in this sector and who has a say in its development.

Top performers in both the primary and secondary schools categories received certificates of recognition, books from the Ministry of Education and Human Resource Development, boat trips sponsored by the James Michel Foundation and one-year memberships at the Eden Bleu aquarium sponsored by the Blue Economy department.

Awards were also handed to the Pointe Larue secondary school and the Anse Royale primary school for their eco-school achievements and efforts in promoting the Blue economy.

Aside from the prize-giving ceremony and other activities such as drama plays and video presentations, the event had a few key moments such as the signing of a memorandum of cooperation between the Blue Economy department and the James Michel Foundation to formalise their partnership.

The signatories of the memorandum were the chief executive of James Michel Foundation Jacquelin Dugasse and the Minister for Environment, Energy and Climate Change Didier Dogley, on behalf of the government of Seychelles. 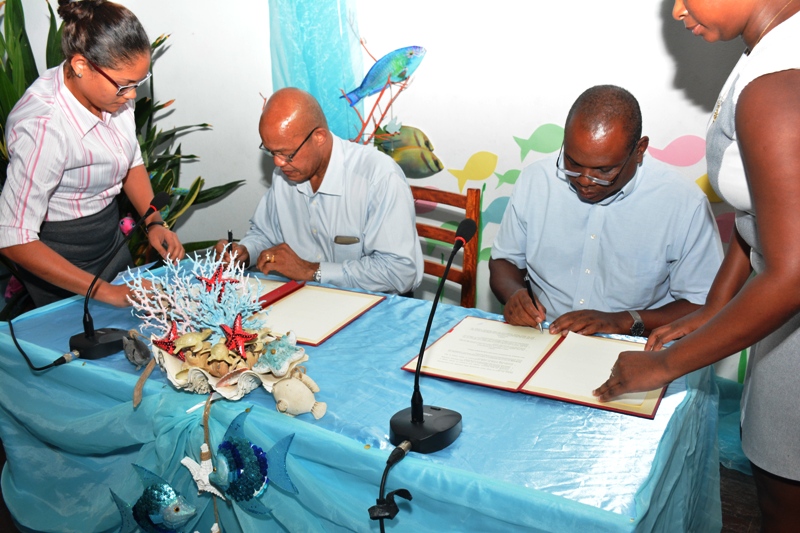 With both agencies actively engaged in the advancement of the Blue economy, the memorandum will reinforce their consorted efforts and will further explore possible cooperative initiatives.

The roadmap will address the challenges and opportunities Seychelles will encounter on its Blue economy journey.

Mrs Benzaken spoke about other activities apart from tourism and fisheries that can be explored in reference to the Blue economy like research and innovation.

“The roadmap is simply organised actions and timelines of what Seychelles wants to achieve within the Blue economy,” she explained.

The final road-map document would be used for consultation for the public and provide ministries with strategic directions in order to help the country reach its goals.