New book to celebrate the fortieth anniversary of the protection of Aride Island as a Special Reserve.

The book entitled ‘Aride Island – Tread Lightly’ was launched at the British high commission on Thursday June 16, 2016 at the same time as the celebration of the birthday of Queen Elizabeth II.

The book has been compiled and edited by Tim Sands and Adrian Skerrett, with contributions from many writers, artists and photographers including locally Pierre-Andre Adam, Katie Beaver, Melinda Curran, Lindsay Chong Seng, Pat Matyot, Juan Michel, Jeanne Mortimer, Uzice Samedi and Gerard Rocamora. It contains a message from President James Michel and a foreword by James Cadbury, whose father Christopher purchased Aride in 1973 on behalf of Royal Society of Wildlife Trusts (RSWT) in UK.

Tim Sands is a former trustee of RSWTand served as a member of the Aride management committee from 1992 to 2004.He has made regular visits to Seychelles including most recently to attend the book launch. Adrian Skerrett was RSWT’s voluntary Seychelles representative from 1981 to 2004 when as chairman of Island Conservation Society (ICS)he presided over the transfer of responsibility for the management of Aride from UK to Seychelles.

The book tells the story of Aride from the time of its first discovery when it was described as “no more than a pile of rocks covered with a few bushes” to the present date, when it has become one of the most important nature reserves in the Indian Ocean. It focuses in particular on the human story of the last four decades. A flavour of each decade is given in chapters written by those resident and working on the island at that time. It ends with a vision of the future written by the current Island Manager, Uzice Samedi. Scattered throughout the text of the main chapters are many boxes of information covering every aspect of the flora and fauna.

This is the human story ofconservation not just of Aride but Seychelles. In 1818 Aride was a leper colony, the first recorded inhabitants. It became a plantation growing cotton and melons. It was later cleared of vegetation and Marianne North visiting in 1883 described it as “thatscorching island” with only one tree, under whicheveryone huddled for shade. Its seabirds and seabird eggs were heavily exploited up to 1973. But Aride survived to more enlightened times. Local and overseas conservationists worked together to restore the island to its former glory and today it has become one of the most important nature reserves in the Indian Ocean.

For nearly 30 years Aride Island Nature Reserve was administered from UK by RSWT. Today, the local NGO Island Conservation Society bears this responsibility. Home grown capacity for conservation management has taken root in Seychelles and the island is a refuge for the largest population of seabirds in the granitic islands, indeed the largest for two species in the entire world. There are five endemic landbirds, none of which occurred on Aride prior to the achievement of reserve status. The vegetation has been restored to probably the most natural of any island in Seychelles. This is both a social history and a natural history of one of the most important tropical island reserves in the world. The book is available from ICS at a special price of R350 until July 31, after which the price will increase to R475. 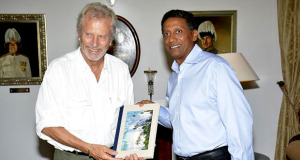 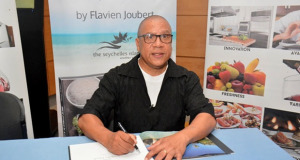 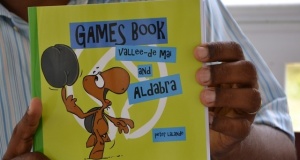