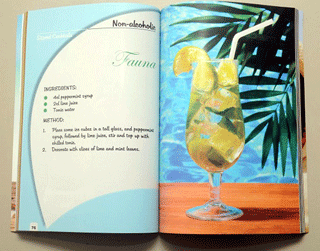 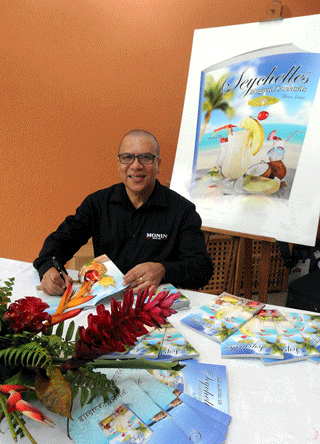 For now, the book “Seychelles Magical Cocktails”, which is published by Rila Publications is only available in the United Kingdom, Canada and the United States, but the book will soon be available in Seychelles bookstores for a price of 200 Seychelles rupees, or €12. (Jude Morel, Seychelles News Agency) Photo License: CC-

(Seychelles News Agency) – It’s the stuff idle dreams are made of: sitting on a balcony with a view of the warm Indian Ocean, sipping a cocktail to escape the sultry heat. But although many people would like to know how to make a cocktail for themselves or to impress their friends, they may not always know the right mixture of ingredients needed to achieve such magical alchemy.

Flavien Joubert is a Seychellois who knows his way around a cocktail bar, and after decades spent working in the hospitality industry, he has now decided to make life easier for those who are a little lost at the prospect of mixing such drinking potions. 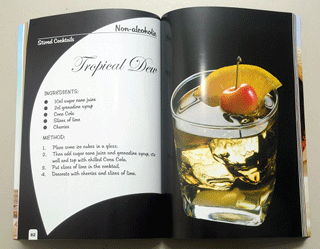 His book of 73 recipes, with and without alcohol, entitled “Seychelles Magical Cocktails”, has just been released to quench thirsty throats all over the archipelago of 115 tropical islands.

Joubert was the general manager of the Coco de Mer hotel in the nation’s second largest island of Praslin before being appointed principal of the Seychelles Tourism Academy (STA).

“When it was raining, I was organizing cocktail competitions for customers in the hotel; everyone had to produce his own drink,” Flavien told SNA. “And subsequently tourists wanted me to participate, and it is when I started to create my own cocktails with and without alcohol.”

According to Joubert, that was when he decided to turn his recipes into a book to inspire others to pick up the swizzle sticks. 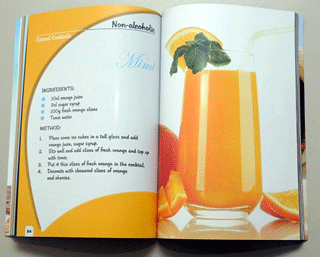 “I would like the students of the STA to remember me not just as a principal, but as the man who has provided them persistent ideas that may serve them even when I will be gone,” said Joubert.

“At the beginning I had the idea to do this book for housewives, and after that for bartenders. Later on, I thought of the campaign against alcohol abuse that we have and that is why there is also a large part of my recipes are alcohol free.”

For now, the book “Seychelles Magical Cocktails” is only available abroad, but in a very short time the book will be available in Seychelles bookstores for a price of 200 Seychelles rupees (€12). 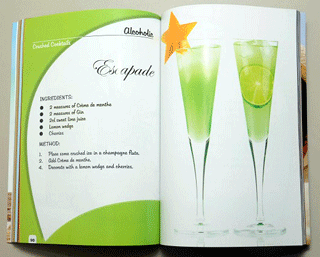 Joubert says the vast majority of his recipes can be made in four simple steps and the most complicated in just six.

“All the products I use, you can get them in the market. The book is on sale in England, Canada, Louisiana, in the US, and soon in the countries of the Indian Ocean, and all the ingredients for these cocktails can be found in every single one of them,” said Joubert.

All the cocktails are Flavien Joubert’s personal creations, so much so that he has given a special name to each one.

Already the author of a cookbook published in 2000, Joubert’s second book took 11 years from conception to publication.

However, he won’t be resting on his laurels, sipping cocktails on the beach just yet – the hospitality expert plans to launch a third book in February dedicated to cooking.