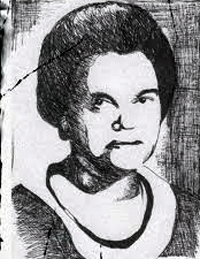 From Medicine to Politics

The late Dr Hilda Stevenson-Delhomme, has earned a mention in the book, Women in Politics: Voices from the Commonwealth (Commonwealth Secretariat, 2000). Delhomme made her mark by becoming Seychelles’ first female politician. On page 111, the book states the simple facts about one of Seychelles’ most memorable female political pioneers:

“In 1903, Seychelles became a British crown colony. The archilelago’s first elections were held in 1948, when representation on the newly created Legislative Council was granted to a tiny minority of 2,000 voters. One of the representatives elected was a woman, Dr Hilda Stevenson-Delhomme, who later went on to form her own party in 1964.”

Stevenson-Delhomme held that unofficial post for several years and was later appointed to unofficial membership in the Executive Council. At the local level, Delhomme served as an elected member/councillor of the Victoria District Council and later served as that body’s chairperson as well.

Yet, these government posts were by no means Delhomme’s only accomplishment. Prior to her becoming the first Seychellois female politician, Stevenson-Delhomme had also enjoyed the distinction of becoming the Seychelles’ first female doctor. In fact, most of her life was characterised by giving, serving, and excelling.

Born 8 March 1912, Hilda Stevenson was the only daughter of Jean and Amelia Stevenson. After completing her early years of schooling at the Convents in Victoria and Ayrshire in Scotland, she earned her first degree at Skerry’s College before studying medicine and acquiring her medical degrees in Glasgow and Edinburgh, Scotland. Following her medical studies, Dr Stevenson returned to Seychelles in 1939 and entered private practice there.

Soon, however, the educational bug bit the doctor again and in 1944 she decided to return to school in the U.K. to continue her studies. In addition to her political pursuits, Dr. Hilda Stevenson accomplished a great deal in the medical field at this time. Her activities included emergency work in Scottish hospitals during World War II, post-graduate medical coursework, time out to care for her ill mum back home and then a return to private practice in Seychelles.

In 1949, Dr Hilda Stevenson married Andre Delhomme, who would become the first French Consul to Seychelles and a founding member of Alliance Française. The Delhommes had two daughters together, Helene and Veronique, and later adopted two much-younger children, a brother and sister named Alain and Caroline Horeau, who were toddlers when the older girls were in college.

Dr. Delhomme did a great deal of volunteer work around this time, aiding in the battle against tuberculosis at Victoria Hospital starting in 1952. She supported discharged TB patients by helping to found the Tuberculosis Funds programme. In 1954, she also became medical officer of the Red Cross Society’s Seychelles branch. Dr. Delhomme also served as a lecturer to St. John’s Ambulance Brigade.

A Penchant for Politics

In 1956, after Archbishop Makarios of Cyprus had been exiled to Seychelles by the British, Dr Delhomme was instrumental in solving a dilemma for the government by recommending the house at scenic Sans Soucis as a better alternative to “La Bastille” at Pointe Conan, where the archbishop and his entourage had previously been housed. There was apparently some concern about the Cypriots’ potential escape from that location into the open sea by boat. Delhomme’s alternative was located in a less accessible area, yet the house also turned out to be a place to which Makarios grew attached during the year he stayed there. Delhomme had taken the initiative to see what she could do to help and, in the process, created a win-win situation for everyone involved.

In 1961, in recognition of her public service in Seychelles, Dr. Delhomme was appointed by the Queen of England an “Ordinary Commander of the Civil Division of the Most Excellent Order of the British Empire”. She was also designated “A Serving Sister of the Order of St John of Jerusalem”.

In 1969, Dr Delhomme, her husband Andre and their two older daughters, Helene and Veronique, were honoured by an audience with Pope Paul VI, who, on meeting the doctor and her family, exclaimed, in perfect French, “Oh Madame, mais quelle joie!” Continuing the conversation in French, the Pope amazed everyone, since the Delhomme daughters had been carefully tutored in the Italian language in preparation for their meeting with the Pontiff. As the conversation unfolded, it soon became clear that even Pope Paul VI had heard of Dr Hilda Stevenson-Delhomme — from her political involvement to her charity work, which he asked about during their talk.

The Worldwide Guide to Women in Leadership, a website that describes itself as “dedicated to the women who have ruled since the beginning of times – or as long as the sources date back”, lists Dr Stevenson-Delhomme among these notable females.

On International Women’s Day 2011, Dr Delhomme was honoured, along with six other Seychellois women, as part of the Women’s Hall of Fame exhibit, which was designed to “pay tribute to those from all walks of life who have left their mark on society”. Stevenson-Delhomme’s name is also included in the Seychelles Women’s Hall of Fame coffee table book, a volume that commemorates the contributions of 18 women and the publication of which coincided with International Women’s Day 2013.

The book was unveiled in tandem with a new community service award, which was launched in honour of International Women’s Day, to recognise “women at all levels in the communities who are contributing to promote the empowerment of women”. The award was presented during a ceremony that was part of a half-day conference held at the International Conference Centre in Seychelles.

Dr. Hilda Stevenson Delhomme lived a full, rich life of service to others — a life of impressive personal and professional achievement — before passing away on 4 January 2001 in France at the age of 89.

About her many accomplishments, an article in the Seychelles Nation (14/2/12) stated, “… [T]he formidable Dr Hilda Stevenson-Delhomme, has so many achievements going for her that only a good biography can do her justice. To this day, a road at St Louis, close to her former residence, is named after her.” This quote provides just one small glimpse into the impact that this strong, capable, intelligent and determined Seychelloise is known to have had on the world around her during her lifetime.

And now that she’s gone, the legacy she’s left behind shines like a beacon, spurring other women onward and inspiring them to take their own unique places in the world. Her example convinces them that with enough determination they, too, can be “formidable” and “remarkable” in whatever field they choose.

2016-01-26
Georges
Previous: Seychelles Tourism Board attends the Telegraph Show in London
Next: Seminar aims at advancement of copyright in Seychelles