Breaking News
Home - History of Seychelles - Jivan Shah: A Seychellois legend still missed by the near and far

Jivan Shah: A Seychellois legend still missed by the near and far 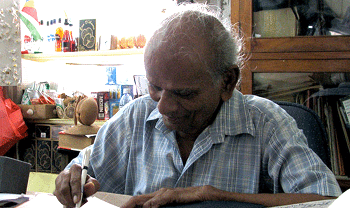 Kantilal Jivan Shah pictured sitting at his desk in his shop in the Seychelles capital, Victoria, in October 2009.

People from over the world are still travelling to the Seychelles in search of one of the island nation’s guru, Kantilal Jivan Shah, despite his passing five years ago.

Described as a pioneer of conservation in Seychelles, Kantilal affectionately known as ‘Kanti’ by locals was also an artist, sculptor and photographer. He taught islanders how to cook vegetarian and was consulted for his palm-reading abilities.

His only son Nirmal Shah told SNA that his father was proud of his work on the islands.

People from abroad are still coming to Seychelles, a group of 115 islands in the western Indian Ocean, to look for his father, said Nirmal. Visitors frequently pay homage to Kantilal, he added. 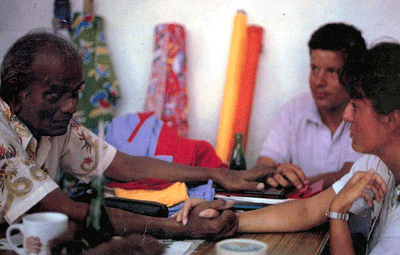 For those who were keen on finding out what the future holds, ‘Kanti’ was often consulted for his palm-reading abilities.(Nirmal Shah) Photo License: CC-BY

“This is difficult for us. They come looking for him at the shop and when they realise he is no longer with us, they break down and the memories of him comes back again. Five years since his death, we cannot have closure because people are still talking about him,” says Nirmal.

Leon Radegonde, a Seychellois in his mid-60s, said that Kanti encouraged him to pursue painting in his youth by buying two of his paintings.

“This is how we became friends,” said Radegonde. “He had a passion for Seychelles, accumulated through his historical collection and photographs. … I do miss him but it’s as if he is still here because I often visit his shop and look at that picture of him.” 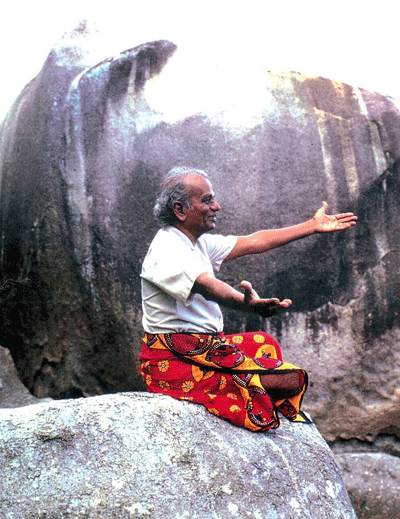 Kantilal was not just well-known in Seychelles but a figure for international media.

“He featured in newspapers from Germany, UK and even America. I remember there was a German programmes that aired about him doing massage. He had a lot of talent and skills.”

Nimal describes his father’s passing as something that left them all in shock and that he left behind a great legacy. Even today, he said, he still receives letters from people his father helped.

A true Seychellois at heart

Despite not being born in Seychelles, Kantilal was a Seychellois at heart and in his life practices. He grew up and studied in Seychelles and was put in charge of the family business and his two brothers when his father died. The Shah family settled in Seychelles as merchants from the Gujurat province in India, in the year 1890.

Kantilal is described by many as a very curious man who was able to impose his personality on the history of Seychelles in different domains such art, culture and environment.

The historian was the first person to make coloured calendars for the governor of Seychelles as well as the first coloured postcards using his own photographs.

Residents and foreigners visited him for palm readings and life advice at his colonial shop bought in 1925 in the heart of Victoria. The top floor housed his home and libraries.

Being a businessman did not stop Kantilal Jivan Shah taking a strong interest in the Seychellois society. 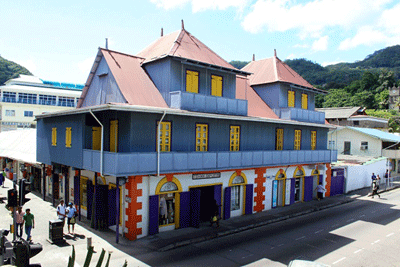 A view of the building with traditional Creole architecture in the heart of Victoria, where the colonial shop bought in 1925 by Kantilal Jivan Shah still stands today. (Joe Laurence, Seychelles News Agency) Photo License: CC-BY

He didn’t just give (donate) money like modern businessmen do but he put his whole life in the social life of Seychelles,” says Nimal.

A man with an intense passion for Seychelles

Kantilal was the contact person for scientist who wanted to visit Seychelles and scientists would come to his home and later together with his son Nirmal, would accompany them to various research sites.

Nirmal says this is what helped him become who he is today.

“This is what inspired me to join this profession. Since the age of 5 I would accompany my father on those trips with the scientists. When I reached 10 years I knew the full list of scientific names of fishes and seashells of Seychelles. My father gave me a very unique childhood.”

Nirmal also shared other passion of his father

“For example he was interested with healings with herbs. I am also interested in that, hence this is what motivated me to create this medicinal garden that we have here at Nature Seychelles [a non-governmental organisation.”

Nimal says for all those who are thinking of his father or want to come to Seychelles to visit him, “remember him as a great man who touched people’s lives. He inspired a lot of people to do positive things. Remember him as the man with a big heart, who had no prejudice towards anyone.”