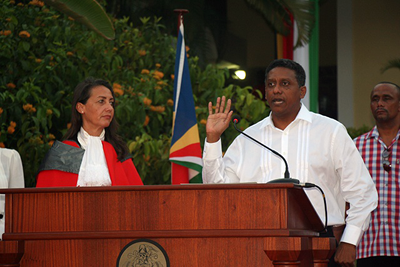 Danny Faure was sworn in to office on Sunday, becoming the Seychelles’ fourth president since the island nation gained independence from Britain.

Faure, 54, took the oath of allegiance and the presidential oath in a ceremony held at State House in the capital, Victoria. Outgoing President Michel was in attendance, as were government, judiciary and national assembly officials, foreign diplomats and families and friends.

A call for the nation to unite

Faure concentrated on national unity in his inaugural address.

“As your President, I believe that for Seychelles to really achieve national unity in every sense, we must undergo a process of true reconciliation,” said Faure. 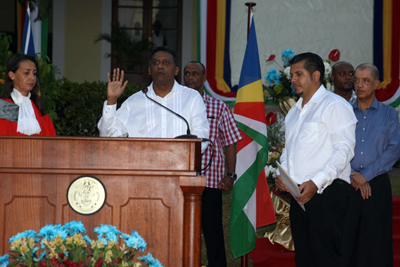 “We must see the diversity within our unity as a new force that strengthens this national unity that we truly want for our Seychelles,” he added.

He reiterated his intention to work with the National Assembly, confirming that he will be addressing parliament on Tuesday.

The national assembly, which was elected last September, has for the first time a majority that is not from the president’s party.

Faure to pursue the work started by his predecessor

Faure has been Vice President since 2010. His mandate as the new head of state will cover the rest of Michel’s term: four years and about three months. Michel won the presidential election in December, earning a term of five years.

The Seychelles’ constitution makes provision for the vice president to assume power in the event of the president’s death, resignation or removal from office instead of allowing for fresh elections to take place. 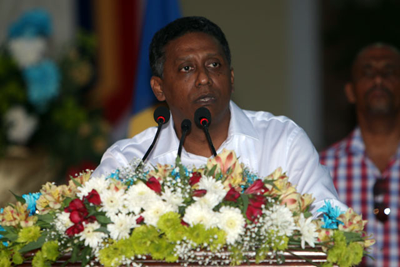 An opposition coalition is however calling for an amendment of the constitution and said that it would recognise the new president until there is fresh presidential elections.

Faure will now have to nominate his vice president and designated minister, which will need the National Assembly’s approval.

He also said that he believes in honesty, integrity, and frankness, as well as in the strength of the Seychellois workforce, and in its capacity to move Seychelles forward.

Born in Uganda to Seychellois parents on May 8, 1962, Faure completed his primary and secondary education in Seychelles.

He holds a degree in political science obtained from Cuba. 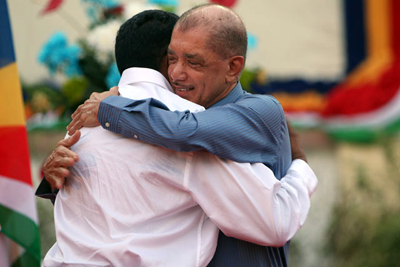 Danny Faure takes over the presidency from James Michel with whom he has served as Vice President since 2010. (Joe Laurence, Seychelles News Agency) Photo License: CC-BY

Faure started his career in education in 1985, working as an assistant curriculum officer at the education ministry. He also worked as a lecturer at both the National Youth Service and the Seychelles Polytechnic.

His political career started in 1993 after Seychelles saw the return of multiparty democracy, when he moved to parliament for five years, serving as leader of government business in the National Assembly until 1998.

Faure’s career as a government minister, which spans over 18 years started in April 1998 when he became Minister for Education.

Other portfolios he has held over the years include youth, finance, trade and industries, public administration and information & communication technology.

It was during his time as Finance Minister that Seychelles embarked on an International Monetary Fund-backed economic reform programme and Faure was tasked with overseeing the implementation of the first generation of reforms, which ran from October 2008 to October 2013. 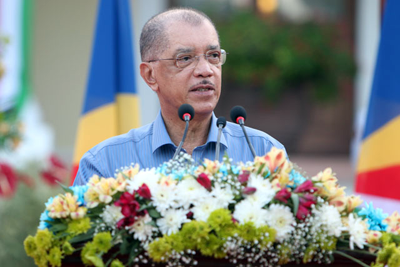 Faure served as designated minister between 2004 to 2010, when he became the Seychelles Vice President.

He said on Sunday that he draws his inspiration from former President René — the founder of the Seychelles People’s United Party (SPUP) known today as Parti Lepep.

“We have not yet achieved all of the vision that SPUP had for Seychelles.  The development of Seychelles must remain focused on its people, it is the only way to eliminate poverty.”

Addressing former President Michel, with whom he stood as the running mate in presidential elections held in 2011 and 2015, Faure acknowledged his hard work and dedication in the service of the people of Seychelles. 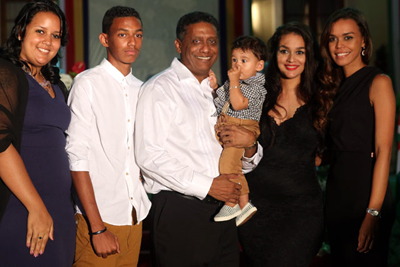 He also wished him the best in his retirement after serving for 39 years as a minister of cabinet and 12 years as president.

“During these 39 years Seychelles has developed. Seychelles has progressed.  For many of our citizens, government has done much to make their lives happier and better.  Nevertheless, there remain other brothers and sisters who believe that government is the reason for their pain and suffering, and to them, I present a sincere apology,” said Faure

The incoming president’s involvement with Parti Lepep started when he was a young man.

He was appointed Secretary General of what is today Parti Lepep in 2009, working alongside the Party Leader, outgoing President Michel.

Michel, 72,  is handing over power to his Vice President only ten months into his third and final mandate at the helm of the island nation’s government.

“I have no doubt that Mr. Danny Faure will do a good job in his new role as the head of state,” said Michel.

He called on Faure to take care of Seychelles and to pursue his work with humility, to remain connected with the people, while calling on the people of Seychelles to support the new president.

Michel said he had no regrets as he leaves the office of president.

The outgoing president said that the party he leads — Parti Lepep — remains his passion.

“I can still make a contribution and I will continue to do so for as long as I can make a valuable contribution towards the party’s future which has a revolutionary heritage.”

Seychelles on Sunday welcomes its fourth head of state since it ceased to be a British colony in 1976.

James Mancham became the first president on June 29, 1976 after a coalition government was formed to take over from the British rule.

Albert Rene, who was Prime Minister at the time took over as president on June 5, 1977 following a coup that overthrew Mancham from power.

René ruled the Indian Ocean archipelago as a socialist one-party state until 1992 when a multi-party system was introduced.

He then stood for three elections and won each one of them with a large majority. He stepped down in 2004 when he handed over power to James Michel, who had served in his cabinet since 1977.

As Faure is taking over the presidency before the expiring of two thirds of the president’s mandate, this will be counted as one term.

This means that in accordance with a constitutional amendment approved in April, that limits the presidential term to two five-year mandates, down from three five-year terms, Faure will then be able to stand for only one other five-year term.

The new President Danny Faure is recently divorced, he is the father of four children – three daughters and a son.