Breaking News
Home - History of Seychelles - Through the mists of History …

Through the mists of History … 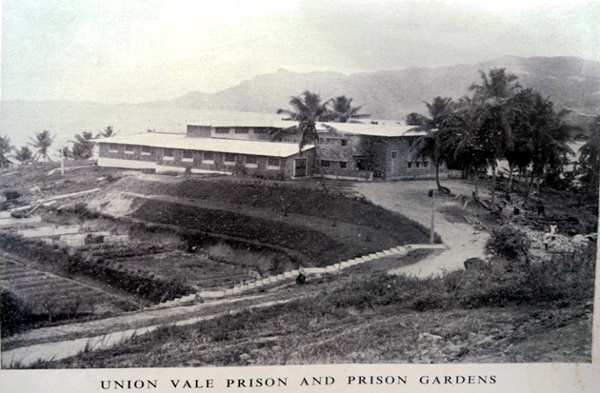 In 1951, the prison of Union Vale was established. It comprised of two blocks, one for first offenders and one for recidivists. Prisoners were forwarded daily to the Public Works Department (PWD) where they engaged in road repairs or to the Botanical Gardens. At the prison, the main tasks of the prisoners were breaking stones, beating coconut fibre, making mattress and cultivating vegetables.

In 1960, the superintendent of prison, Mr Felix Hoareau (1921-1971) started the construction of a dam to supply the prison farm with water. In the 1970s, the dam was occasionally used by students of the Seychelles College for their annual inter-house swimming competition.

In 1985, after the prisoners had been moved to Long Island, homeless families and squatters occupied the prison building which was now called Chateau Vallon.

In 1996, the 27 families moved to a new housing estate. The prison building was pulled down and was replaced by the condominium apartments.