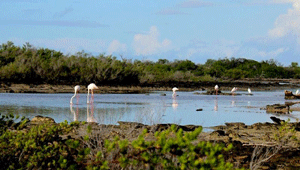 A rare and beautiful sight – a small flock of flamingos forage for algae and shellfish in the brackish waters on Grand Terre, one of the largest islands in the Aldabra atoll (Rebecca Filippin/SIF)

It’s a spectacle very few people have had the privilege to have seen – a flock of wild flamingos on a remote and uninhabited coral atoll in the middle of the Indian Ocean.

Two weeks ago, a research team from the Seychelles Islands Foundation (SIF), a public trust which manages the protected UNESCO World Heritage Site in Seychelles, happened across the birds wading through a pool of brackish water on the island of Grand Terre.

This is the Aldabra atoll, a group of raised coral islands encircling a shallow lagoon teeming with life such as sharks, turtles and fish of a staggering number and variety. Only a few people have the good fortune to make the journey here, some 1,100 kilometres away from the Seychelles main island of Mahé.

The jagged coral outcrops that make up the Aldabra islands are murder on the feet, but the flamingos have no such problems, their long pink legs stalking through the water, dipping their hook-like beaks into the water to search for algae and small shellfish.

More commonly seen wading through fresh water on the mainland of Africa, these birds are especially rare because Aldabra is one of only two oceanic islands where flamingos can be found, the other being on the Galapagos islands in the Pacific Ocean.

“The champignon (old coral reef structure), which is uneven, fills with water, [and] rainwater adds to these, creating brackish pools scattered across the landscape,” she said, adding that these pools of water create an ecosystem for which the flamingos are specially adapted.

However, the flamingos are not thought to be permanent residents on Aldabra, and it is thought they come from the nearby African countries of Kenya or Tanzania, where flamingos are known to abound in large flocks.

According to Burt, the first-ever record of flamingo on Aldabra was in 1882 when a flock of around 500 to 1000 birds was recorded. Since then there were continuous sightings, but for a long time no evidence of breeding could be found. 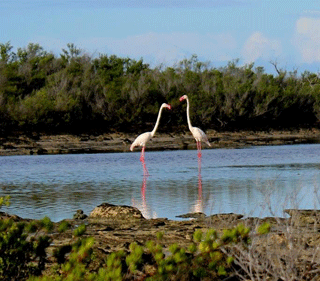 Not quite lawn ornaments: a pair of pink-tinged flamingos pose for the camera on the Aldabra island of Grand Terre (Rebecca Filippin/SIF) Photo License: All Rights Reserved -

In 1967, a single fresh flamingo egg was found at Takamaka and a single flamingo was seen flying away, but the record was reportedly not accepted as evidence of breeding because only an egg was found and no nest.

The lightbulb moment came when six nests were found on Aldabra in 1995, and a few days later, SIF staff observed a small chick following the adults.

Little else is known about the birds behaviour on Aldabra however, because as yet no studies have been done to estimate their movements or population size, and sightings have been rare.

“Incidental sightings data has shown that flamingos have been recorded throughout the year, indicating a continual presence,” said Burt. “They are easily disturbed and therefore caution must be taken to prevent any interference or disruption to their behavior which makes it particularly hard to study them closely.”

For the same reason, Burt says It has not been possible to routinely monitor Aldabra’s flamingo population over the years, so information on population size changes is not available.

“However, flocks as large as 70 have been recorded recently from photographic evidence and there are several locations where they have been sighted on numerous occasions indicating that they utilise a wide area of the Atoll, particularly Grande Terre,” added Burt.

Burt says the birds are not commonly seen on other islands in the Seychelles, probably due to a lack of suitable habitats, such as brackish and freshwater pools and the threat of human disturbance. However, she added that flamingo sightings have been made in the inner granitic islands of the Seychelles, such as on Cousine Island in 2013.

2015-08-18
Georges
Previous: Tourism Minister St.Ange from the Seychelles takes his seat in high level discussions on Enhancing Brand Africa
Next: ‘White’ black parrot spotted on the Seychelles island of Praslin 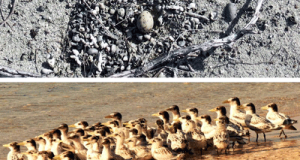 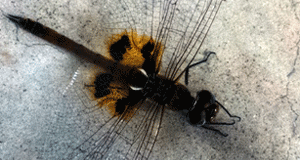 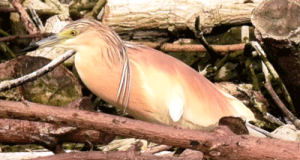