A son in danger: Seychellois mother fights for child’s life 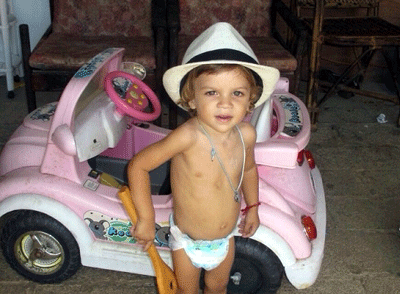 When Diana Bouchereau was pregnant with her second child, her prayers echoed those of every expectant mother– to give birth to a healthy newborn.

Nathan Laporte was indeed born healthy at 3.6 kg on 19 June 2013. But his health soon deteriorated. By age 3 months Nathan had problems breathing and suffered from high fevers. At 5 months he was diagnosed with cystic fibrosis, a genetic disorder that affects the lungs and other vital organs.

Since then, the 24-year-old Bouchereau, has been fighting with all she has to keep her son alive. Fears for her son haven’t allowed her a good night’s sleep in years.

“I keep waking up in fear that my child sleeping next to me might just die at any time,” said Bouchereau.

Cystic fibrosis affects the exocrine glands. Mucus, sweat, and digestive juices become thick and sticky, causing them to plug up the digestive system, lungs, and pancreas. Mucus buildup in lungs can impair breathing. There is no cure.

Nathan, now 2 ½ years old, is quite talkative despite his condition. He likes to watch cartoons and is surrounded by the love and devotion of his mother, father, brother, grandmother and grandfather, and many others who believe in the hope that Nathan will get better.

Cystic fibrosis is not common in Seychelles, an island nation of 93,000 people in the western Indian Ocean. Bouchereau found herself facing the island nation’s limited medical expertise for a disorder that needs specialized care. 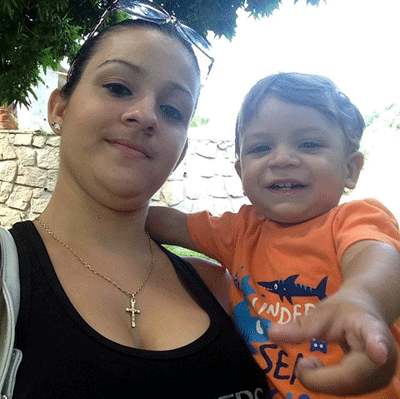 Bouchereau also told SNA that the medical professionals at the Seychelles’ Hospital could not adequately care for her son. She decided to start researching her child’s symptoms.

“I said to myself there is something wrong with my child, if I don’t do something he will die.”

Five months after his birth, Nathan’s weight had dropped from 3.6 kilograms to 2.4 kilograms. Doctors at the Saudi German Hospital in Dubai diagnosed his medical condition as cystic fibrosis with pulmonary manifestations. The disorder was affecting his lungs, pancreas and his heart. In addition, doctors confirmed bacterial infections in his lungs, likely because of a delay in advanced care, Bouchereau said.

SNA contacted the Ministry of Health regarding the level of care available in Seychelles. Dr. Suresh Menon, chief executive officer of the Health Care Agency, told SNA that the pediatricians who see such cases first will determine if any treatment can be done on the island nation.

If doctors assess that the patient should seek treatment overseas, the case is put forward to the overseas treatment board. “The discussion takes place on the board and the child is sent out,” said Menon.

Since the diagnoses in Dubai, Bouchereau has run a marathon of fund-raising and visits to hospitals outside her island nation to save her son’s life.

Talking through tears, Bouchereau recounted how Nathan once almost died.

“The medical professionals at St. Augustine Hospital, in Durban, South Africa, said that if Nathan had been admitted a week later he would have lost his life,” said Bouchereau.

Nathan still needs follow-up care twice a year at St. Augustine. The treatments aid his breathing and decongests his lungs to ensure that his liver remains a normal size.

At the hospital, she received guidance on how to feed her child and was also shown how to clear her son’s airway, a procedure which Bouchereau says she does twice a day. 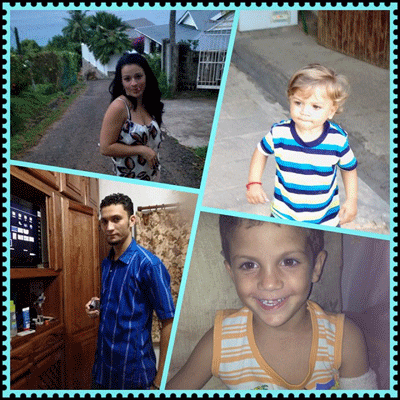 Bouchereau says the counseling has given her the hope that a cystic fibrosis child can live up to 50 years, although he will need treatment throughout his life.

“Miracles do happen. I have hope he will get better. When Nathan came from South Africa I was so surprised that he was so much better,” Nathan’s grandmother, Josianne Bouchereau, told SNA this week.

The hope lies in access to treatment. A plea posted on Facebook was one of Bouchereau’s cries for help. Her plea struck islanders’ hearts, and currently money is being raised for Nathan’s treatment on a crowd-sourcing platform.

The family is planning to take Nathan on his next medical review in South Africa this April. They welcome any assistance to help their son’s struggle to survive.

2016-01-28
Georges
Previous: Tourism Ministers Najib Balala of Kenya and Alain St.Ange update each other on plans to strengthen tourism in the Indian Ocean Region
Next: New ambassador of Finland accredited