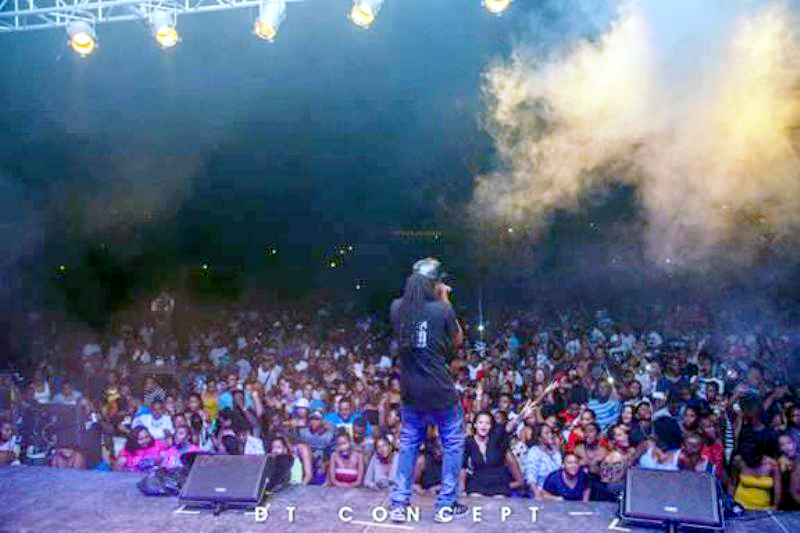 Extra Big is currently on a roll promoting his new album Sispans, and he is undertaking a series of live concert for all his devoted fans.

His debut concert last week at the mini stadium (La Promenade playing field) in Victoria was a total success that his fans have asked for more.

This time the performance will take place at ICCS tomorrow night starting at 8pm.

Extra Big stated that many fans were amazed by the first concert and wanted a repeat.

“Due to popular demand, I am proud to say to all my fans that tomorrow night I will be live at the ICCS, so buy your tickets early to avoid disappointment,” he said.

Other artists will also be present to give support to Extra Big such as Gunz, Jahrimba, Regi, Master Emel, Tris, among others.

Tickets are already on sale at Dara’s plus (Ex Kot Do) and with Extra Big in town for only R200. So go and buy your tickets now.

2017-05-18
Georges
Previous: Museums play key role in day to day of societies
Next: Africa Day Message – Youths urged to seize opportunities to forge for themselves a positive future