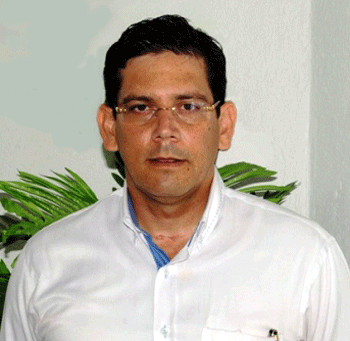 Marco Francis will resign as chairman of the Seychelles Chamber of Commerce and Industry on February 26.

After serving three years at the head of the SCCI, Mr Francis handed his letter of resignation yesterday to Juliette Sicobo-Azais, the secretary general of SCCI.

Mr Francis was first elected as SCCI chairman in March 2013 for two years and he was re-elected for another two-year term in February 2015.

Speaking to Seychelles NATION, Mr Francis said the reason for his resignation is he wants to attend to his personal business and to help in a project he wishes to implement this year for his charitable organisation ‘The Better Life Foundation’.

In his letter Mr Francis notes that SCCI over the three years has been attentive, innovative and effective and that history will judge SCCI in its role and the contribution it has made and will continue to make towards the economic prosperity and stability of Seychelles.

He said it was a great privilege serving the business community and having been part of such a great organisation.

Mr Francis thanked the business community for supporting and believing in him and he thanked the government also for its support and willingness to listen to the voices from SCCI, enabling the vision of SCCI to come true and working together as partners for the betterment of Seychelles.

Thanks also went to SCCI staff for their loyalty and support.

Meanwhile Nadine Thelemaque, personal assistant to the secretary general, said that SCCI vice-chairman Dolor Ernesta will take over as chairman until the SCCI board of councillors decides on whether to have early election or to continue with running the SCCI as it is.