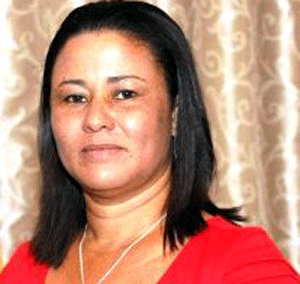 Margaret Pillay is the new principal of the International School Seychelles.

She is in fact the first Seychellois to be appointed the school’s principal and she took the International School Seychelles (ISS) headship on April 1 this year.

Mrs Pillay was previously the chief executive of the Agency for National Human Resource Development (ANHRD) following her appointment by President James Michel on April 1, 2012. She has succeeded Karl Wilkinson who took charge of the school in 2013.

Speaking to Seychelles NATION in a telephone interview, Mrs Pillay said: “It is a delight and a privilege to have been appointed principal of International School Seychelles. I see it as a fantastic opportunity as Seychellois have over the years learned a lot in the education field.”

A teacher by profession before becoming the ANHRD chief executive, Mrs Pillay added that after her three-year contract as chief executive came to an end on March 31, she felt she needed a new challenge.

“Working as chief executive of the ANHDR has built on my experience and my capacity to take on new challenges. In joining ISS as principal, I welcomed the move to a familiar field and at the highest leadership position. I also feel that the ISS feels a Seychellois can do the job and it is very interesting as at least over 50% of the students are Seychellois. There are also a number of Seychellois teachers at the school,” said Mrs Pillay.

Mrs Pillay holds a Bachelor’s degree in English and a Masters in Education.