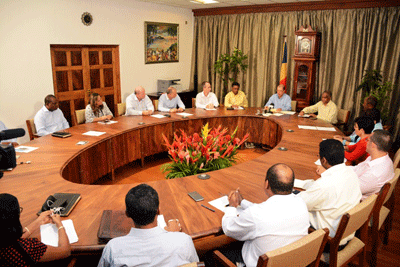 The newly elected president of the Republic of Seychelles, James Michel, has told his ministers they should take responsibility for monitoring the progress of work in their institutions within their portfolio and to ensure the many devoted public servants receive the support, training and resources to discharge their responsibilities.

He also urged them to deal with problems that arise; to stop sending the public from one door to another and not to wait for people to come and see the president of vice-president before their problems can be solved.

The president was speaking during the swearing in ceremony of his twelve ministers after the recent presidential election where he was again elected by the Seychellois people. The ministers are the same as of the previous cabinet and they now have 97 days from the 100 days they have to deliver on the pledges on certain areas the president made to the people of Seychelles in his inaugural speech last Sunday.

These pledges include increases in retirement pensions from this December; interest-free loans for repair of houses of elderly citizens; making home improvement and housing loans more widely accessible; raising the ceiling on housing loans; a 13th month salary to be paid from January 2016; a new gratuity scheme for public servants from January 2016; a First Job Scheme for those leaving school this January; compensation and gratuity for former members of the defence forces; an ex-gratia payment to servicemen who served in the RFA; extension of the graduate housing scheme to 5 years and increase in their allowances; extension of the laptop scheme to cover S4 students from 2016;  allowances to all students in post secondary educational institutions; free access to medical services for patients recommended by private doctors and assistance with PV installations for residential properties.

Before addressing the ministers, President Michel once again thanked the people of Seychelles who have placed their trust and confidence in him.

The ministers pledged to be faithful and bear true allegiance to the constitution of Seychelles and to preserve, protect and defend the Constitution of Seychelles; to well and truly serve the Republic and President of Seychelles in the office of minister and will not directly or indirectly reveal such matters as shall be brought under their consideration or shall be made known to them as ministers as is required in the discharge of their duty as minister or with the authority of the President.

“I have heard loud and clear the message of our people, through the recent election that they are not satisfied with the level of service delivery from government and public institutions. This problem has to be addressed immediately. I want every minister to undertake an audit of the processes within their ministry or department and the agencies falling within their portfolio, and identify the obstacles preventing proper service delivery. I want ministers to report to me on the measures being taken to overcome these obstacles,” said President Michel in a short address after the swearing in ceremony.

He urged them to establish systems of working that ensure that each and every worker contribute in an efficient and effective way to achieve the objectives of their organisations. And to monitor these processes, and recognise the contributions of those who excel in service delivery.

But the president also remarked that individuals who fail to perform in their responsibilities should be counselled, and where necessary disciplined, so as to avoid delays and disappointments in the service to the public.

Regarding illegal drugs, the president said government will give top priority to address the problem, placing emphasis on assistance to victims of drug abuse while dealing firmly with traffickers.

“I would like once again to remind the ministers of the need to communicate with the public, and sensitise the public on the programme of work being undertaken on their behalf. There is a lot of good work being done that people are not told about. There are also problems for which a proper explanation is not given, leaving room for others to create doubt, suspicion and rumours,” remarked the president while also urging ministries to make proper use of their public relation officers.

President Michel assured the ministers of all his support but expect them to work hard.

“We have 97 days left to deliver on our pledges. Let us make sure we do not fail in these tasks. Let’s make sure that our longer five-year programme is also implemented in an efficient and timely manner.

“Remember our mandate comes from the people of Seychelles and they alone will be the judge of our actions,” said president. 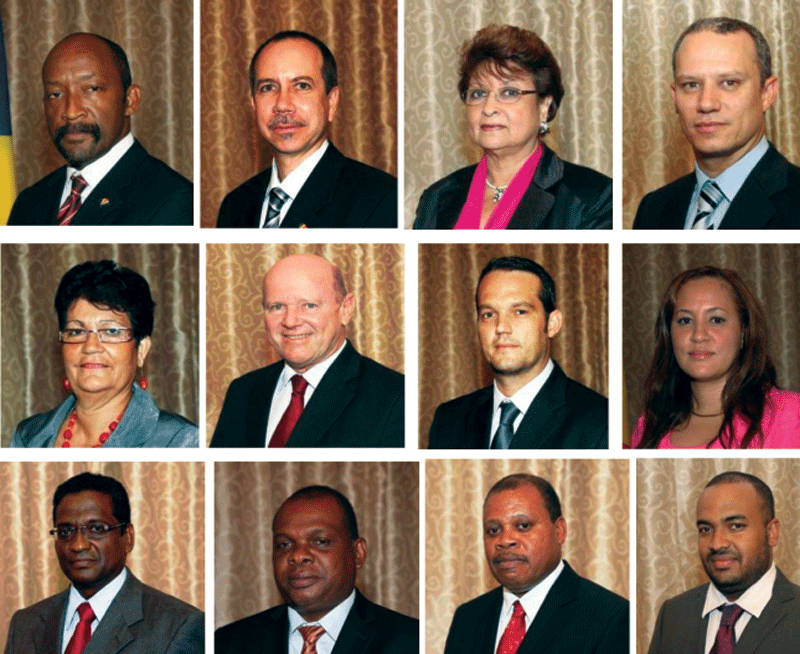