Breaking News
Home - National Highlights - Price increase on alcohol, petroleum and tobacco products as from May 15

Price increase on alcohol, petroleum and tobacco products as from May 15 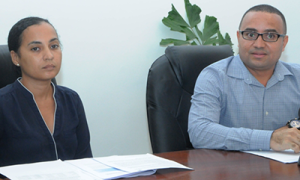 The Ministry of Finance, Trade and Economic Planning has announced increases in excise tax on alcoholic products with an alcohol content of less than 16% as well as petroleum and tobacco products as from May 15, 2017.

The gazetting of the regulations will take place tomorrow April 28, 2017.

Mr Payet said PUC and SPTC have been exempted to avoid implications on the cost of living as many people use the bus as transportation means and also their utilities bills will also be affected if PUC had to pay excise tax.

There is a 10% increase in excise tax on all alcoholic products with an alcohol content of less than 16%. Examples are beer made from malt, stout like Guinness, wine, vermouth cider, perry, mead, local ‘pti ponm’, vodka, etc… and alcopops like Bacardi Breezer.

As for tobacco products, a 10% increase in excise tax has also been imposed which means a R3 increase based on the prices being sold in shops. It is therefore up to the tobacco producers to decide how much they will increase the price of their products.

“And in this regard we work jointly with the Central Bank to make sure if for example the inflation rate is getting too high, we have to take fiscal and monetary measures to make it sustainable,” said Mr Payet.

The aim of the increases, said the principal secretaries, is to discourage people from drinking which at the end of the day has several health implications and put pressure on the health services.

Therefore the increase is to address this and to make sure government has enough money in its budget for the health sector to deal with cases related to abuse of tobacco and alcoholic products.

Ms Mangroo said even if the public does not really feel the difference per single product they buy, it will really make a difference in revenue collected for the government budget.

She said the ministry has also considered the impact on the tourism industry as alcoholic products are already quite expensive in such establishments and the under 16% alcohol content beverages are most widely sold.

“The reason for the increase done in 2015 was for health reason and collection of revenue. What we noticed is Seychellois drink more alcoholic beverages with alcohol content of less than 16%. Instead of five beers for example, they were drinking 20. We have noticed the end result is a huge pressure on the Ministry of Health to treat alcohol-related diseases. Hence the decision for the 10% increase. We have not increased by 20% considering we have a tourism industry which is selling more alcoholic drinks with alcohol content of less than 16%,” explained Ms Mangroo.

“In line with the 2017 Budget Address, as already announced by the Minister for Finance, Trade and Economic Planning Dr Peter Larose, there has been several fiscal measures that were announced. But because the budget was only approved on February 24, we have managed to work effectively to the legislation so that these fiscal measures are effective on May 15. The first one is about the 50 cents excise tax on the petroleum products. That will exclude PUC and SPTC. Secondly on the alcohol products with an alcohol content of less than 16%, there will be a 10% increase. And then regarding the excise tax on tobacco products, there will be a 10% increase,” said PS Payet.

He mentioned that in the 2015 budget there was already an increase in regards to alcohol products of alcohol content of more than 16% with a 20% increase excise tax and also 20% increase in tobacco products.

He added that government is doing the necessary so that all the policy measures come into place this year, but will continue to evaluate these policies to see the implications especially on the petroleum products and on the economy as a whole.