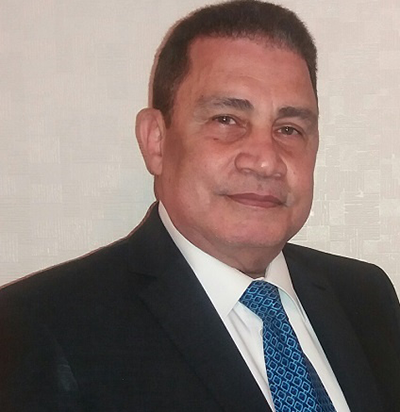 Seychelles’ newly appointed ambassador to France has given his commitment to expand upon projects already under way between the two countries.

Ambassador Sylvestre Radegonde said, “The relations between both countries are quite solid and vary in all domains. My task along with the Department of Foreign Affairs is to try to expand on projects that were already under discussions.”

The new Ambassador to France was announced last week by the Department of Foreign Affairs as part of the rotation plan and appointments of heads of the Seychelles’ diplomatic missions abroad.

Although France is currently going through an election period, Radegonde said that this will not affect the country’s relationship with the Seychelles.

Radegonde waits for the approval of the French authorities and will only be able to discharge his functions after the elections.

“Whichever the outcome of the elections, I am certain that we will still enjoy a strong diplomatic tie with France,” he said.

Radegonde is not new to the post as he has more than 15 years working in the field of diplomacy. His last ambassadorial position for Seychelles was in Malaysia. The embassy closed down after the country encountered economic setbacks in 2013.

The new Ambassador said he has rejoined foreign affairs to bring his determination, and expertise to raise the profile of the 115-island archipelago in the western Indian Ocean.

Expanding on his reasons for returning to the field, Radegonde said that he welcomes the new way that the Seychelles’ President Danny Faure is leading the country.

“This is a new era. Faure’s style of leadership is based on the premise of working together and using the capabilities of his people. When he approached me for the position, he did not ask me to change my political affiliation. In fact, until now my belief remains the same,” Radegonde said.

In his meeting with the press, the new Ambassador spoke about other areas he will focus on among which is the promotion of the French language.

“Our focused will be in the promotion of the French language, which is slowly disappearing among the population.”

Radegonde says he will also help empower the younger generation, especially those taking a career in diplomacy.